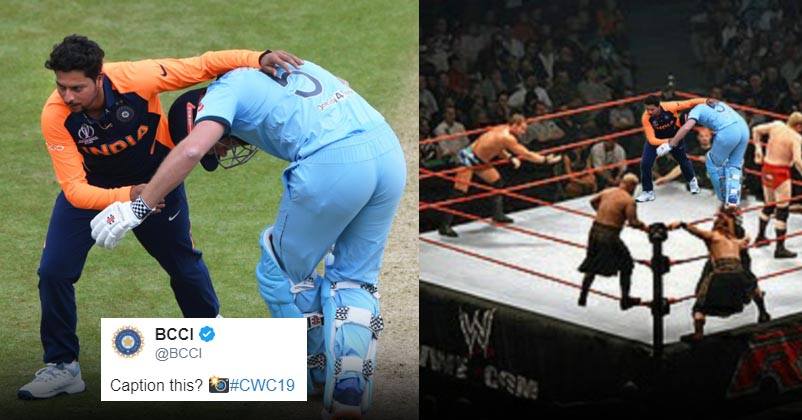 ‘Caption this’ tweets soon go viral for their responses. Recently BCCI posted a picture of Jonny Bairstow and Kuldeep Yadav with the caption, “caption this”. In the recent match played between England and India, India suffered a bitter loss. In the opening, English opener, Jonny Bairstow collided with Indian spinner Kuldeep Yadav during a single and the picture was perfectly captured.

Netizens were not far behind, they came up with creative captions to justify the photo. From ‘kabaddi-kabaddi’ to WWE references, our desi’s gave it all.

We desi’s have a wicked sense of humor, let us all accept that!