The Indian cricket team will certainly look forward to win the second ODI against England and take an unassailable lead of 2-0 in the 3-match series as it is already leading by 1-0 in the series. India won the first ODI which was played at The Oval by 10 wickets and a major credit of this win goes to the Indian pacer Jasprit Bumrah who took 6 wickets and played an important role in wrapping up the English side for just 110 runs. Amazingly, four English batters were not able to open their accounts and out of these four, three (Jason Roy, Joe Root and Liam Livingstone) were dismissed by Bumrah. 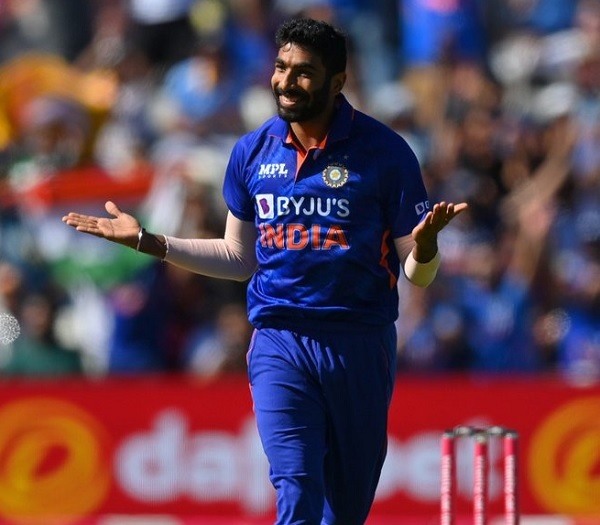 The manner in which Jasprit Bumrah bowled, many former cricketers and the former English cricketer Nasser Hussain (while doing commentary) went on to say that Bumrah is the best bowler of the world in all the three formats in the present times. Hussain also said that there may be challengers such as Shaheen Shah Afridi, Trent Boult and Jofra Archer when he is fit but at the moment Jasprit Bumrah is the best.

Talking about Bumrah, Nasser Hussain stated that the Indian pacer’s bowling in the match was just high class and many of his deliveries were absolutely unplayable. He adds that because of Bumrah’s unusual bowling action and run-up, the ball comes at the batter as a thunderbolt and one more thing that is very good about Bumrah is that he not only swings both ways but he is quick too. The legendary former Indian cricketer Sachin Tendulkar also holds the same opinion about Jasprit Bumrah as Nasser Hussain. 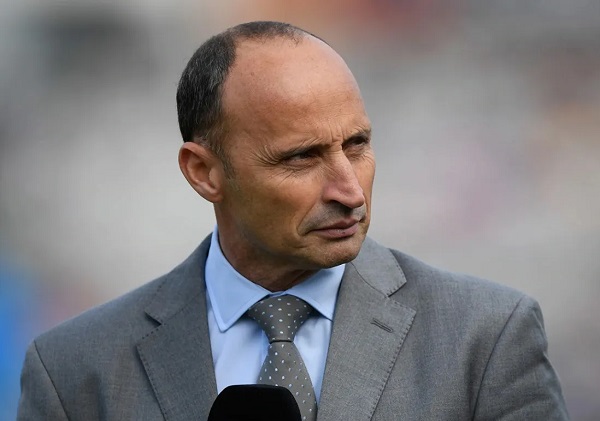 After the first ODI, the English skipper Jos Buttler who was the highest scorer (30) for his team attended the press conference and talked about various issues including his team’s performance in the first ODI. Usually, Jos Buttler is a very calm and cool person but during the press conference he seems to have got irritated with a journalist who repeatedly asks him whether he agrees that Jasprit Bumrah is the best bowler across all the formats in the present times.

When journalist asks Jos Buttler to comment on Nasser Hussain’s statement, Jos Buttler says that there are second thoughts about Bumrah being a fantastic bowler who has been a leading bowler for many years now and it seems that he is getting better by each day. Buttler adds that this is the great challenge of playing against the Indian cricket team as we get to face such good cricketers and that is why a cricketer wants to play international cricket because one gets opportunities to challenge himself to the extreme. Talking about Bumrah, Buttler says that there are no doubts Jasprit Bumrah is one of the best and he and his team are looking forward to face him on Thursday. 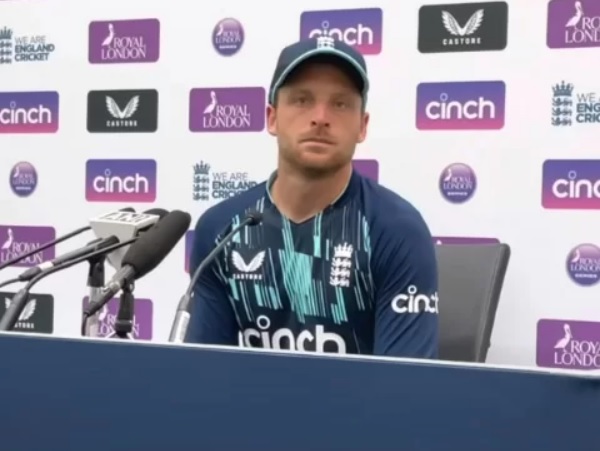 However, the journalist does not appear to be satisfied with the answer and he once again asks Buttler whether Bumrah is one of the best or the best. Jos Buttler gets a little irked and responds with a two-word answer, “You Decide”.

As far as the match is concerned, India won the toss and decided to bowl first. The Indian pacers Jasprit Bumrah and Mohammed Shami shared 9 wickets between them and dismissed England for just 110 runs which is their lowest score ever in ODIs. India successfully chased the target without losing a wicket as skipper Rohit Sharma (76*) and Shikhar Dhawan (31*) made sure that they take their team home as the winner.

Jasprit Bumrah was adjudged as the Player of the Match which was quite obvious as his figures read 6/19 and hopefully, he will once again trouble the English batters in the second ODI which is going to be played today at the Lords’.