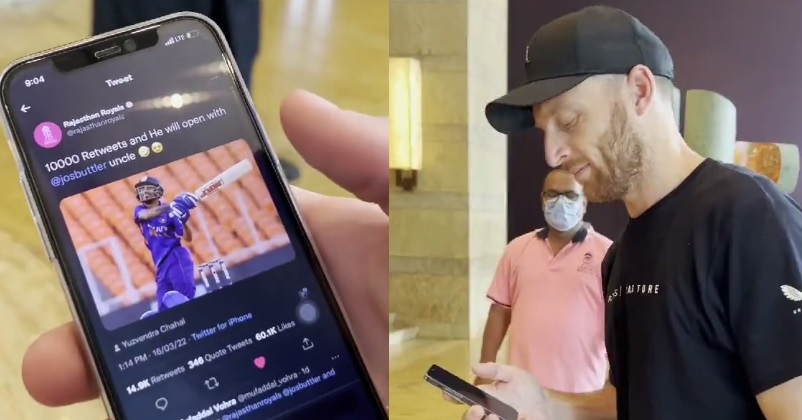 The biggest cricket extravaganza of the cricket world, the IPL 2022 is going to start in almost a week’s time and the overseas players have also started joining their teams. 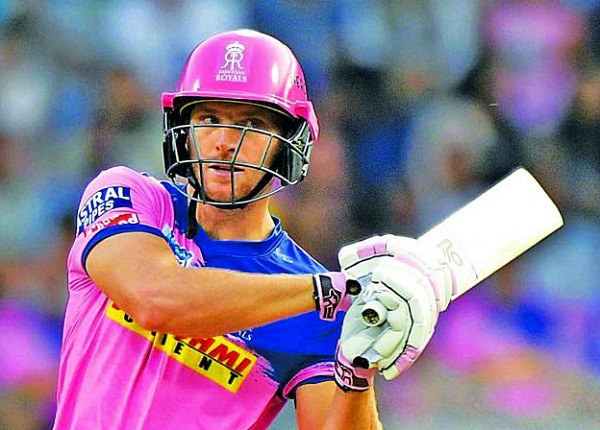 Jos Buttler, the English cricketer is one of those three players who were retained by the Rajasthan franchise ahead of the mega-auction for the IPL 2022 and recently he joined his team in Mumbai as well. However just after Jos Buttler arrived, he was asked to give his reaction on the one of the tweets made by Yuzvendra Chahal after he hacked the official Twitter handle of Rajasthan Royals.

If you are unaware of what happened earlier, let us tell you that Yuzi and the admin of Rajasthan Royals got engaged in a tussle as the Indian spinner challenged the admin to hack RR’s official Twitter handle. Yuzi ultimately got the control of the account as he managed to get the password from the franchise’s CEO Jake Lush McCrum. 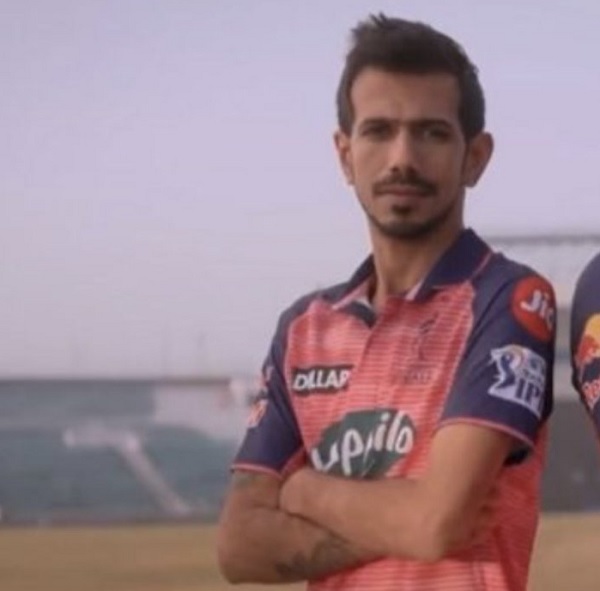 Jos Buttler was asked to give his reaction on the particular tweet and RR posted its video with the caption, “Jos bhai is here and his reaction is GOLD!”

Jos Buttler’s reaction was really a cool one and it also says all about the chances of Yuzvendra Chahal opening the innings with him, i.e., absolutely zero.

RR’s campaign in the IPL 2022 will begin on March 29 against Kane Williamson-led Sunrisrers Hyderabad. RR has won the IPL only once – in 2008, the year when it started under the leadership of the legendary Australian cricketer Shane Warne who departed from the world.

Rajasthan Royals hasn’t been able to repeat its success since then but this time they should give exemplary performance and win the trophy for their first royal who bid goodbye to all of us in a sudden manner.

Chahal Hacks RR’s Twitter Account, Announces Himself New Captain In A Series Of Funny Tweets
“That’s The Kind Of Player He Was,” Gambhir Speaks On Ugly Brawl With Virat Kohli In IPL2013