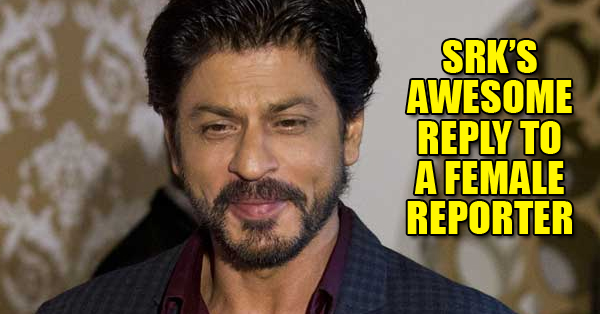 As they say, you can love him or you can hate him, but definitely you cannot ignore him. Well, this is what Shahrukh Khan stands for.

Call him King Khan, Badshah, Raj or Rahul but one simply just cannot get enough of him. Once he said in an interview that had he not been SRK he would have tried to be SRK. This is the story of every damn FAN of SRK. Recently in a press conference organized to promote his latest outing, a journo dared to make it vocal and said him on his face that

She never liked SRK, but that opinion changed after watching Rab Ne Bana di Jodi….
Excuse me! What you said there??

Even before she could complete her sentence and go further. The King Khan gave her a witty dose and promptly said

“It is okay darling. Good taste takes time to develop!”

We are sure she was left gasping in awe.

C’mon gal! You just cannot say this especially when half the population worships him.

There are no fans of SRK, they all are called Jabra FAN.

Way to go SRK, you proved yet again your impeccable sense of humor!

These 13 Wonderful Dialogues from FAN Will Make You Watch The Movie Right Away!
3rd Day Collections Of FAN Are Out And They Are Too Disappointing! Check It Out