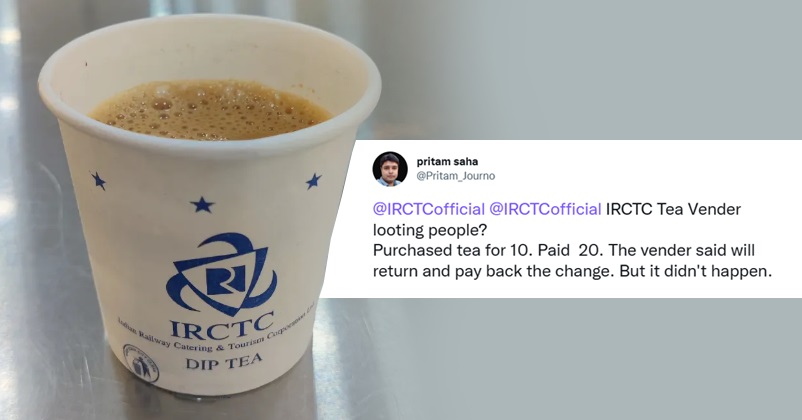 Social media networks have certainly empowered common man and have made it easy for him to speak about his concerns and the good thing is that he is also heard and sometimes his concerns also get resolved, though not everyone is lucky in this regard. 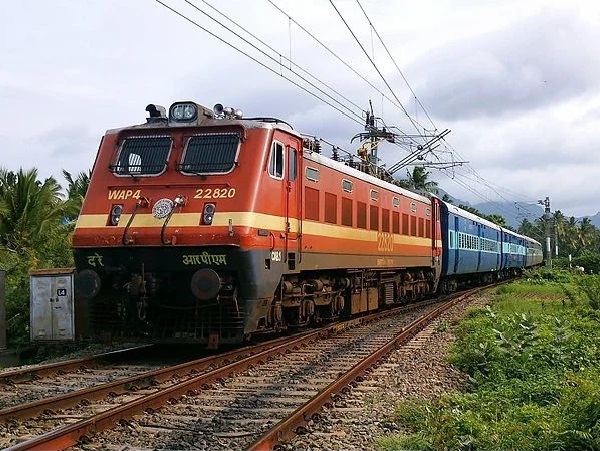 The Indian Railways uses social media platforms for sharing their updates and also as a medium for communicating with passengers. Many times we have seen that the railways has solved problems of the whether it is regarding hooligans creating chaos in a train, arranging a doctor for a passenger who is ill, providing milk for a baby and so on.

Recently, a passenger took to the micro-blogging site Twitter and narrated an incident in which he was cheated by a tea vendor. The name of the person is Pritam Saha and he is a journalist by profession, he bought tea costing Rs. 10 from a vendor but paid Rs. 20. 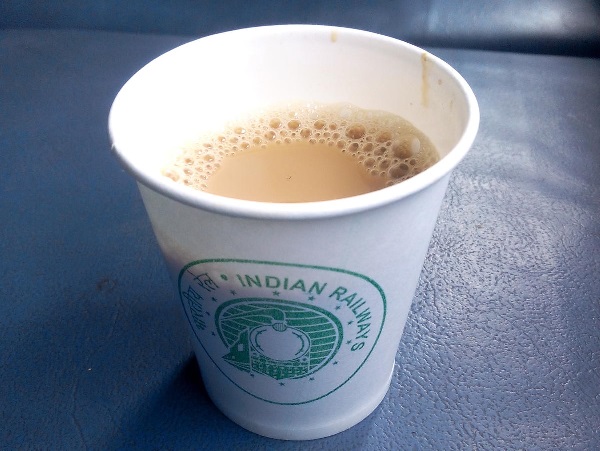 The vendor told Pritam that he would return the remaining Rs. 10 when he would come back but he didn’t return.

When Pritam talked to other tea vendors, they told him that it is a regular thing with that vendor and they are also facing problems because of him.

@IRCTCofficial I find the complaint is not a regular one. It seems other tea vendors are also aware of his misdeeds.
Traveling by 12312 Netaji Express. PNR No. 2248144989

Pritam Saha was travelling in Netaji Express (12312) from Ghaziabad to Howrah and this incident took place ahead of Prayagraj.

Soon he was contacted by the railways and was asked to share his details such as PNR number and phone number. He also got a fraud call, may be because he was asked to share his details in direct message but he shared it openly, however the good thing was that he dodged the call. Later on, he was contacted by the railways officials after which he also got his Rs. 10 back and he was also assured that strict action is being taken against that vendor.

Yes Gandhiji is again with me. Thanks to @IRCTC for the quick response. Also happy to hear that strict action is taken against the said vendor for his misdeeds. pic.twitter.com/yw9WpPJms6

Soon Twitterati reacted on this matter, while some praised the journalist and the Indian Railways, there were many who talked about their problems which were not solved and stated that Pritam Saha’s issue got resolved because he is a journalist.

Mr. Pritam u r lucky that u r reporter otherwise these vendors swallowing crores of rupees daily, selling water @Rs20,selling half cup tea @Rs.10,Rs20,IRCTC knows bt not able to control or do anything.
It is very bad 😞 situation either u fight or bear.lots of bad experience

That happened to me a couple of times :x, the irctc guy reassured me to return the amount but he never did

Reported this a few times but no action. Every item is sold at a higher price than prescribed by IRCTC. So its evident that it's an organised corruption at a very high scale.

You are lucky .I ordered food through IRCTC app . Money got deducted no food arrived.amd it was the last station in the afternoon to get food .Called the call centre mo help provided and never repaid back my money. It's time IRCTC gets to bother about passengers.

Have you ever faced any such situation? Do share with us.

Man Sends Cute & Simple Msg To Ask A Girl Out & Guess What, They Are Engaged Now
After Getting Stuck In Traffic, Bride Ditches Car & Takes Metro To Reach Wedding Venue On Time