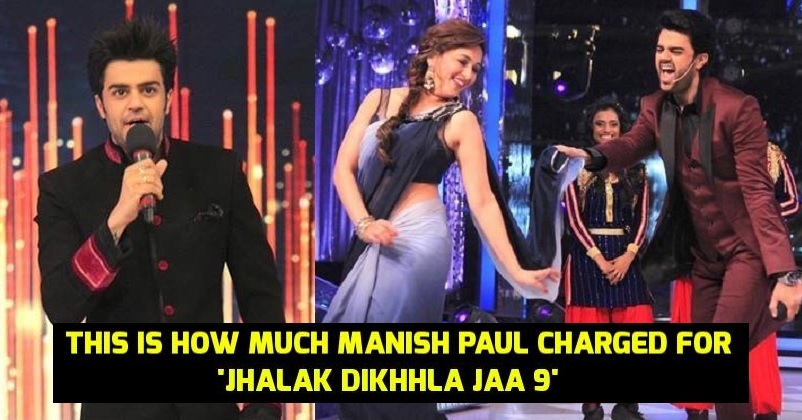 For all you female-fans, there is a piece of good news! Yes, your favorite Manish Paul is soon returning to Season 9 of ‘Jhalak Dikhhla Jaa’ as a host! Moreover, do you know how much he is charging? Well, he is charging such a massive amount that you can’t even imagine. Curious to know? Well, reports say that Manish Paul would charge a whopping sum of Rs 2.5 crores, can you believe that? Yes, he has got a super-duper hike in this season. Now, if reports are to be believed, Manish Paul is the highest paid host in the non-Bollywood category.

“Normally, TV hosts draw Rs 1-1.4 crore to be part of popular reality shows that run as long as four months-unless he/she is a Bollywood celebrity. However, Manish seems to be the highest paid non-Bollywood anchor on TV currently,”

“Manish has been associated with the show for five years and shares a warm equation with the production team of Jhalak. He is not just spontaneous and funny, but pretty flexible and accommodating too. So, when he asked for Rs 2.5 crore as remuneration for hosting the upcoming season, the makers did not hesitate,” Yes, as per reports, Manish had charged a whopping sum of Rs 1.5 crores in Jhalak’s last season. So, finally, with such a ‘HIGH PAY’, he has proved that hosting these shows is much better than working in Bollywood films, isn’t it? What do you have to say about this guys? Do let us know in our comments section below.

Everything You Need To Know About India’s Paramilitary Forces.!!
So Did You All Enjoy ‘Sultan’? Well, There’s A Super-Duper News For All Of You