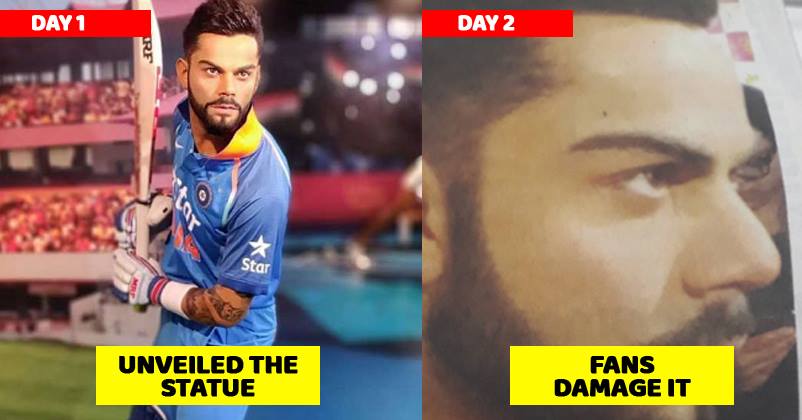 There have been merely two days that the wax statue of the Indian skipper Virat Kohli was unveiled at Madame Tussauds in New Delhi; however, it’s a thing of surprise that the statue has already got damaged and the whole credit goes to Kohli’s numerous fans. 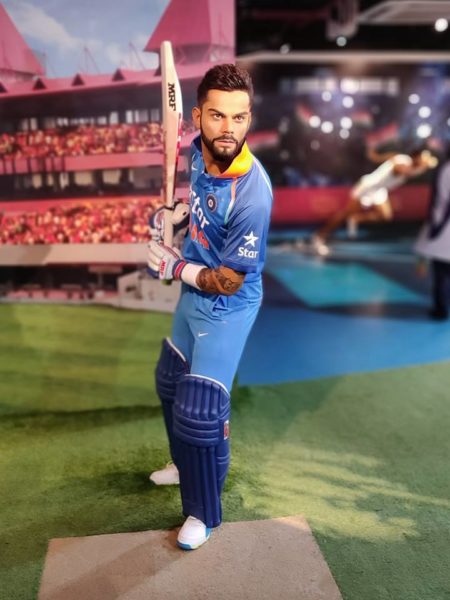 Talking about the damage done to the statue, a small piece of its right ear broke off because fans came in huge number to click photos and selfies ever since it was opened for people to see. 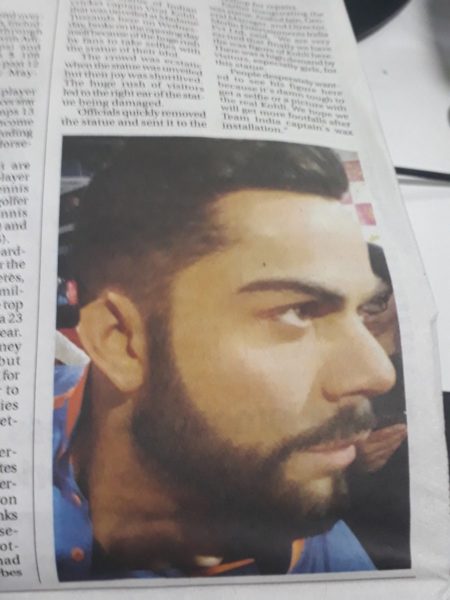 As soon as the staff got to know about the damage, they sent it to be repaired at once and here’s what NDTV quoted a museum official as saying,

“Yes, it was damaged. But now the statue has been rectified. Kohli’s statue ear was damaged…We have fixed it immediately and fans are most welcome to visit the museum to take the photos with the India captain’s statue.”

Prior to Virat Kohli, the museum had wax statues of other sportspersons like Kapil Dev, Lionel Messi and Usain Bolt.

Madame Tussauds issued a statement and reported Kohli as saying,

“I sincerely appreciate the efforts and incredible work undergone in making my figure. Thanks to Madame Tussauds for choosing me for this lifetime experience. I am grateful to my fans for their love and support. This experience is going to be stored in the fond memories of my life…now waiting to see the fan reactions.”

It took more than 200 measurements and pics all through Kohli’s sitting session to craft his statue. Looking at his dynamic statue in the jersey, it appears that he is all set to strike.

“Virat is today’s cricket star and has a huge fan following across the globe. The growing love for him amongst his fans made him obvious choice for Madame Tussauds, Delhi. We are certain that this figure will add new charm to the sports zone.”

Other than sports celebrities, the museum also houses Hollywood and Bollywood celebs along with political as well as historical personalities.

A Fan Threw National Flag On Sunil Chhetri For Autograph, The Captain Got Angry And Did This
Unhappy With 624/625, Boy Sent Papers For Re-Evaluation & Got Full Marks. People Are Trolling Him