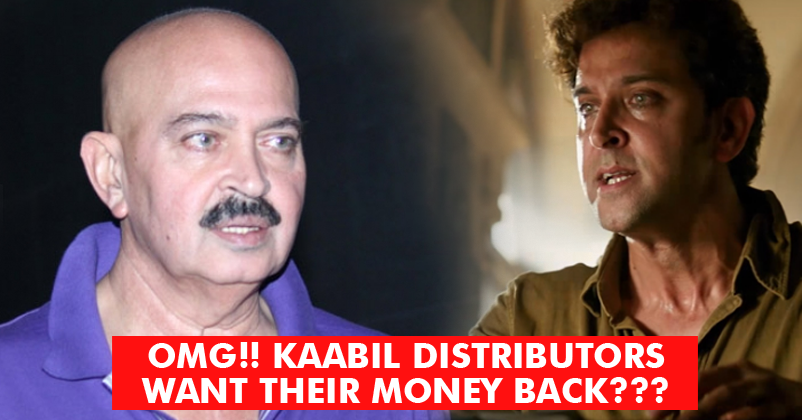 This January, 2 biggies, Raees & Kaabil hit the big screens and there were too many controversies surrounding the clash. Although Kaabil had got less screens as compared to Raees, positive reviews by audience and critics alike, helped the movie grow; it successfully entered the 100 crore club.

Kaabil was made on a budget of 50 crores and the total amount collected was around 130 crores i.e. including theatrical rights, satellite rights and movie collection. In short, the film garnered a profit of around 80 crores. This is not all; there were also reports saying that Rakesh Roshan has asked them to give them some time so that the entire situation can be analyzed before jumping to a conclusion.

But when Rakesh Roshan was contacted and asked about this, he said that these are nothing but rumors. Rakesh says

“I have heard these rumours that have been done by some people who are not happy with the success of Kaabil, so the best is to ignore them and let them die their own death.” Media has changed these days; reporters are interested only in such gossips and rumors! Facts should be checked properly and then reported, isn’t this the basic rule of journalism?

What’s your take on this? Do share your views in our comments section below.