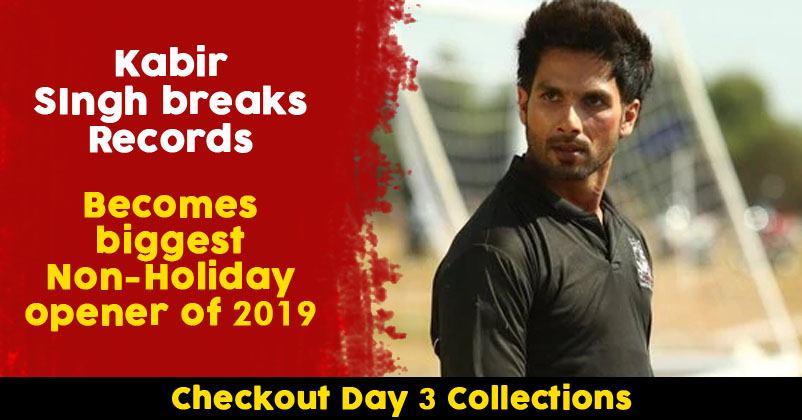 Sandeep Reddy Vagga’s film Kabir Singh completed its first weekend in the theaters and as expected passed its first test with flying colors. Shahid Kapoor and Kiara Advani starrer crossed ₹70 crores at the box office in just three days and has emerged as the biggest *non-holiday* opener of 2019.

Kabir Singh has surpassed the first-weekend collection of one of the highest earning movies of 2019, Total Dhamaal by almost ₹10 crores. And Kabir Singh was released on much fewer screens than Total Dhamaal.

The film which opened to positive reviews and packed theaters, earning ₹20.21 crores on its releasing day, witnessed growth on the second day. Kabir Singh collected ₹22.71 crores on Saturday. It had a much better collection on Sunday of ₹27.91 crores. 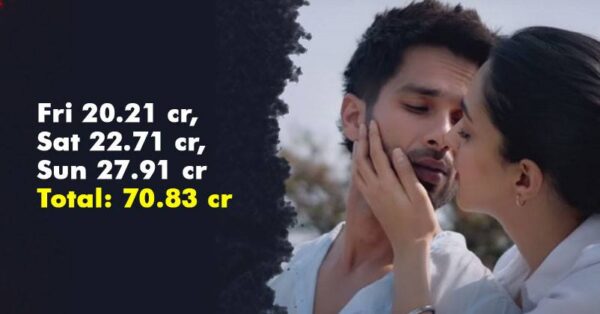 Kabir Singh first day collection surpassed Gully Boy opening day earning and it has become the biggest non-holiday opener of 2019. It is also the fourth biggest opener of this year after Bharat, Kalank, and Kesari.