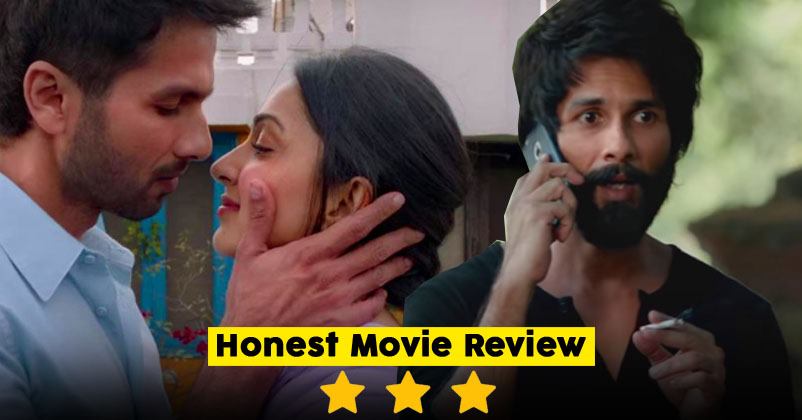 
Kabir Singh is all about a reckless, relentless and manic love story. Shahid Kapoor portrays the character of Kabir who is a titular surgeon with severe anger issues. But his love for Preeti portrayed by Kiara Advani is unabashed. If you have watched Arjun Reddy every single shot, angle, plot and scenes will be familiar to you.

Kabir Singh revolves around the life of Kabir who is an alcoholic surgeon with severe anger issues and goes into depression as his lover marries another guy. Starting of the movie unfolds how the angry surgeon and Preeti falls in love. After the interval, the movie focuses on how Kabir sinks himself in alcohol and drugs just to get his girlfriend out of his head and was on a self-destructive mood.


Kabir Singh has the ability to keep the audience hooked with its magnificent cinematography and also the brilliant acting is done by the cast. Shahid Kapoor stole the limelight and the star became the knight in the shining armour because of his powerful performance leaving the audience speechless. On the other hand, Kiara Advani elegantly complemented Shahid Kapoor with her grace. Everyone did justice to their characters starting from Arjun Bajwa, Nikita Dutta. You need to accept the fact the cast is killer.

The music of the movie is already etched to the ears of the nation. The storyline is commendable as they have dared to present a not your typical love story movie but the plot becomes dull at a point with unrealistic scenes and vague writing.

I believe you guys should at least watch the movie once, even if you have watched Arjun Reddy!

Shahid Kapoor has aced the character of Kabir and we are going to give 3 stars for its brilliant work.

Sunaina’s Father Slaps Her For Being With A Muslim Man, And Accuses Brother Hrithik For Harassing Her
The Extraordinary Journey of the Fakir Review: An English Language Bollywood Film