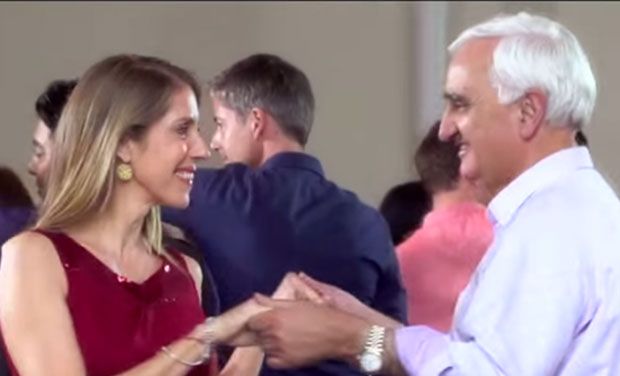 When you do something do it in style is the mool mantra that made the German Ambassador to India Michael Steiner , debut in a video which is a tribute to Bollywood. Steiner, remade the Karan Johar produced movie, Kal ho naa ho and surprisingly, Salman Khurshid , former Minister of External Affairs plays the character of Saif Ali Khan.

“Bollywood has been a wonderful ambassador of Indian culture and Indianness all over the world. Many years ago we were slightly rubbished but everybody knows the potential of Bollywood now. Also, the theme of ‘Kal Ho Naa Ho’ resonates with the youth,” said Sharmila Tagore.

Wohooo!! Here is proof now that politicians are great actors

This Man Wants To Date 365 Women, And Everybody Will Readily Agree To Be His Date
Exclusive CCTV Footage Of Earthquake In Nepal – It’s Really Scary