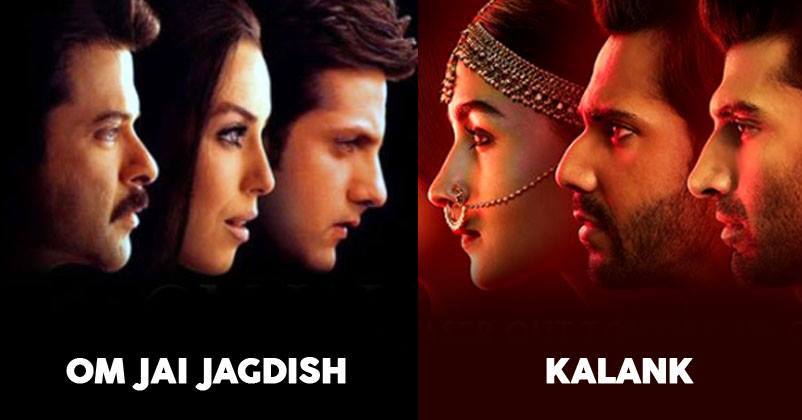 “Kalank” is one of the most awaited movies of the year as it not only brings together the young pair of Varun Dhawan and Alia Bhatt but also gives us the chance of watching Sanjay Dutt and Madhuri Dixit together after a long period of twenty one years. The flick which is being directed by Abhishek Verman also stars Sonakshi Sinha and Aditya Roy Kapoor.

It is a period drama which is based in the pre-independent India and people loved the solo posters of the film; however, its new poster has given enough fodder to the social media users to create jokes and memes.

Take a look at the new poster of “Kalank”: 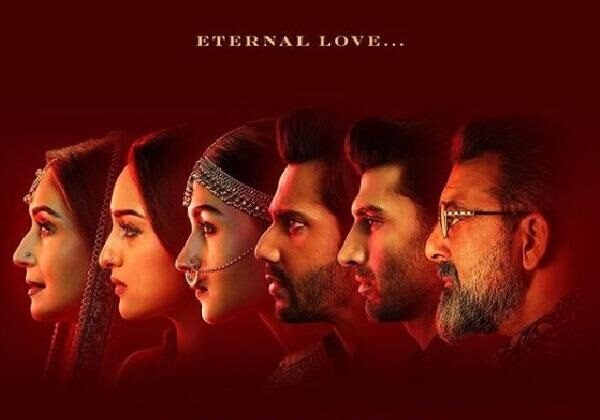 If you observe the poster, you will get to notice that it is very similar to the poster of another multi-starrer movie “Om Jai Jagdish” which got released in the year 2002.

Check out the poster of “Om Jai Jagdish”: 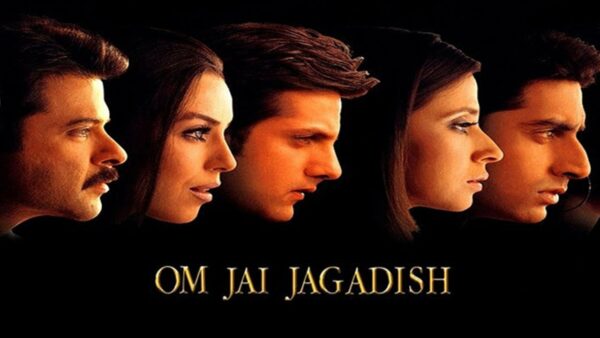 This flick was directed by Anupam Kher and featured Waheeda Rahman, Anil Kapoor, Abhishek Bachchan, Fardeen Khan, Mahima Chaudhary and Urmila Matondkar. It was based on the story of three brothers and how they fought the circumstances and their enemies to save their house.

Twitter users also couldn’t keep calm and made comparisons between both the posters. While some called “Kalank” a remake of “Om Jai Jagdish”, several others trolled the makers for copying the poster with little changes. Here are some of the selected reactions:

I really loved #Kalank poster each one of them.-the solo ones
but this idea ,, used in @AnupamPKher 's film OM JAI JAGDISH in 2002!
Jai Ho pic.twitter.com/4N90q46Qwm

When you copy your friend's homework with some changes #KALANK pic.twitter.com/v0RbDtciiM

Here are some other memes:

“Kalank” is produced by Karan Johar and is going to release on 17th April, 2019. What do you have to say about the similarity between both the posters? Let us know.

Kalank Teaser Out: This Is The Period Drama You’d Been Waiting For, Fans Call It A Masterpiece
Sara Ali Khan Rejected Vicky Kaushal’s Shaheed Udham Singh Biopic To Work With Kartik Aryan?