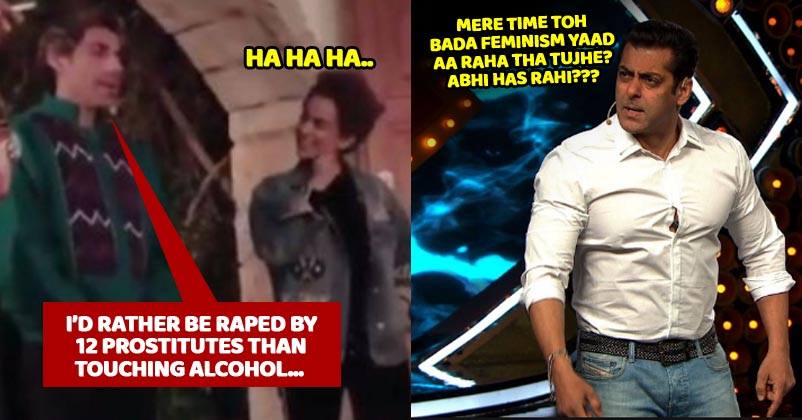 Twitterati never forget anything or forgive anyone; especially when it comes to controversial remarks, Tweeples learn it by heart and give it back to celebs when the time comes.

Remember how Kangana Ranaut slammed Bollywood superstar Salman Khan when he said that he was feeling like a raped woman after undergoing rigorous physical training for “Sultan”? She said, “We all agree that it is a horrible thing to say; it is something which is extremely insensitive.”

The “Queen” actress is now under radar of Twitter users as she stuck herself into a controversy by laughing on a joke cracked by Jim Sarbh. 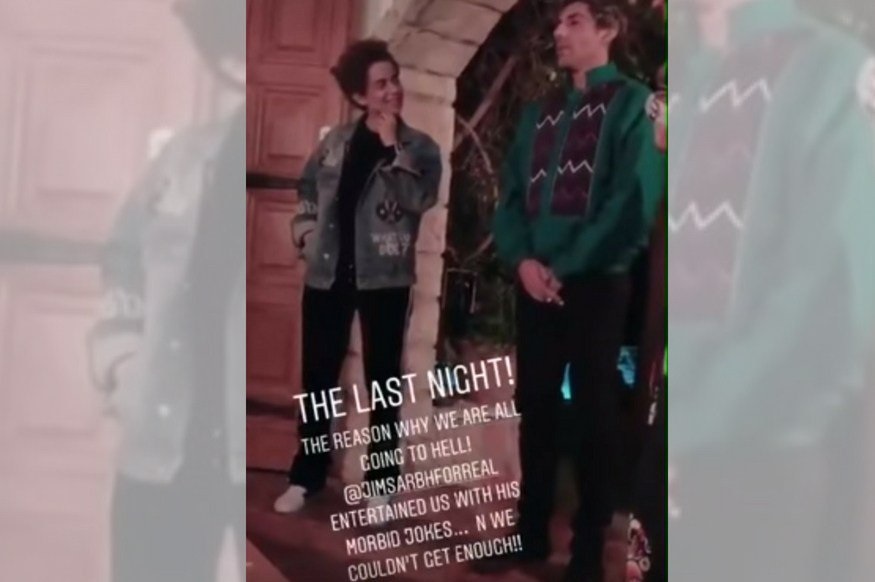 A video has gone viral on social media featuring Jim and Kangana at Cannes along with some other people. In the video, Jim can be seen cracking a joke on rape and Kangana bursts into laughter.

The video has a text on it and it reads,

“The last night! The reason we are all going to hell. Jim Sarbh entertained us with his morbid jokes and we could not get enough.”

Even though there’s no full video of the joke, the end of it was,

“I’d rather be raped by 12 prostitutes than touch alcohol and the Punjabi says ‘Me too, I didn’t know that was an option’.”

Twitter has called Kangana double standard, opportunist and hypocrite after the video went viral. Check out some angry reactions:

Practice what you preach

She remembers it all at the time of film promotions only:

Bollywood is bunch of hypocrites and opportunist. Looks like they don't have any movie coming soon. Otherwise feminist Kangna would have woken up.

What else were you expecting from fake opportunists like her. She needs a pre-rehersed script to fool people whereas her true colors are on display through such pathetic acts.

So Jim Sarbh made a rape joke at #Cannes2018 and feminist Kangana Ranaut laughed over it. Ofcourse twitter feminists haven't gone mad at her or Jim the way they did over Salman Khan's comment.

No one is going to make it a national issue, filing a complaint, barking, insulting, judging, jumping over her, jst lk nothg happened here 👇 bcs its not related to Salman. I myself came to know this two months ago. While Salman said that to give an examp 1/1 pic.twitter.com/ZNxijRG2am

Bloody fake feminist she is , opportunist kangana , and those double faced assholes who supports her 🖕🖕🖕

#KanganaRanaut – I was deeply hurt by salman khan's comment on rape.

Jim Sarbh cracked a rape joke at Cannes Film Festival and Kangana laughed it off –
If Hypocrisy is an art she is the Da Vinci of it . #FakeFeminazi rocks
https://t.co/h5expCEJ6i

Rape jokes are not okay..

Kangs is A+ grade hypocrite (nothing new) and this Jim Sarbh turned out to be a piece of shit. Rape jokes are not okay… stfu ..😠👎

Rape is a dark word. Let’s not water it down to describe a brutal gym session or a bad day at work or with a joke.@jimSarbh #KanganaRanaut have some sense before cracking such jokes !!

What do you have to say about the whole episode? Do you also feel that Kangana is a hypocrite or was it just a sudden reaction? Let us know your views.

After Sonam, Anand Also Changed His Name & Shut Down Haters Who Were Trolling Sonam
10 Hollywood Vs Bollywood Clashes Where Hollywood Emerged As The Winner