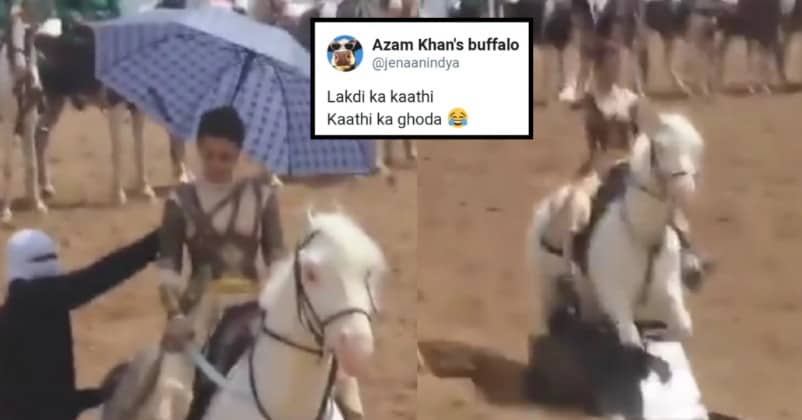 Kangana Ranaut’s Manikarnika is one of the successful films of this year so far and she has proudly promoted the film everywhere. Even though the film found some criticism for direction, Kangana’s performance has won her a lot of accolades. 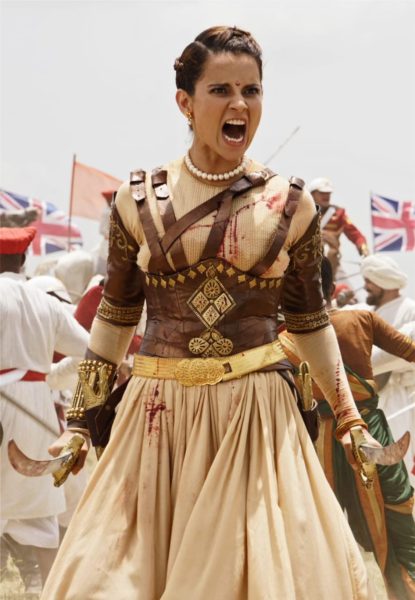 The talented actress played the role of Queen of Jhansi in the film and she totally rocked it. The battle scenes in the film especially won the hearts of people.

However, a behind the scenes video has surfaced on social media which has become a reason of trolling for Kangana. The video shows Kangana using an artificial horse for battle scene and people can’t stop laughing about it. While Bollywood war films mostly remain in news for the authentic fights and costumes, this one has amused the people for opposite. Watch the video below:

Here’s how people reacted to the video:

Pretty much like the horse BJP is galloping on last 4 years !

Thank God nobody said "khoob ladi mardani wo to … "

It's a horse…it's a unicorn…it's a lisping scarecrow on a shaky beanbag.

Continue Reading
You may also like...
Related Topics:Kangana Ranaut, Manikarnika