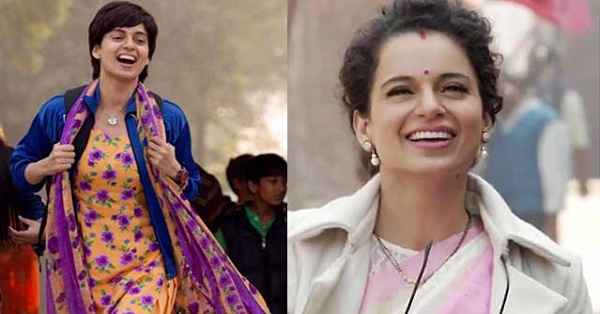 Many actresses entered the film industry but Kangna achieved much more than most of them.

The ‘Queen’ of bollywood, Kangna Ranaut has amazed us all with her performances. Let’s have a look at some of the eminent roles this versatile 28-year-old diva has played since she entered the Tinsel town. She entered the industry and surprised one and all with her amazing performance in her debut Gangster. The movie got great ratings and Kangna won a Filmfare Award for the Best Female Debut. A still of the actress from the flick Woh Lamhe.

Portraying the role of the late actress Praveen Babi in the flick Wo Lamhe, Kangna received a lot of appreciation for playing the complex role of a schizophrenic personality. Though it was her second film, she again impressed everyone with her amazing skills. Life in a Metro was Kangna’s third film in which she played the role of Neha, who worked in a BPO. Her acting was liked by the viewers; but she stunned one and all with her high power performance in the blockbuster, women-centric movie Fashion. She played the role of a super model named Shonali for which she bagged a National Film Award for the role of Supporting Actress! Followed by Fashion, she did make some wrong choices to work in some flop movies with bad scripts and horrible comedy like Rascals but she anyways got more hits than misses. She again proved her worth for her memorable role of a simple girl named Rani in the flick Queen for which she won her second National Film Award for Best Actress! Two extremely opposite roles of Datto and Tanu played by Kangna in Tanu Weds Manu Returns.

With these epic roles Kanga created her own spot in the industry while winning many hearts and awards. Let us know which role by her you loved the most!!