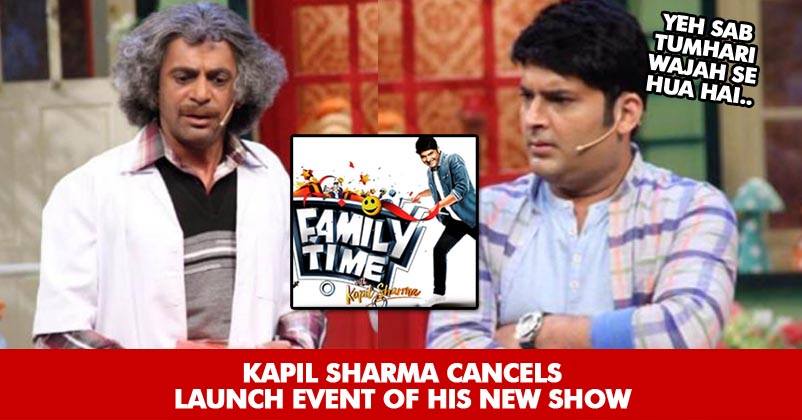 The stand-up comedian Kapil Sharma, who is making a comeback with his new show Family Time With Kapil Sharma, is in the headlines not just for his new venture but for something inappropriate as well.

The scuffle between Kapil Sharma and Sunil Grover took the centre stage after Sunil responded to the queries of his fans, saying that he has not been approached for the show. Kapil denies such claims of Sunil and says that his team tried to contact him many times and he is lying about not being contacted. In one of the tweets, Kapil has called himself an emotional fool and now it seems as if this argument has taken a toll on him emotionally.

Kapil didn’t appear for the launch event of his new show which was supposed to take place on Tuesday morning, i.e., 20th March. 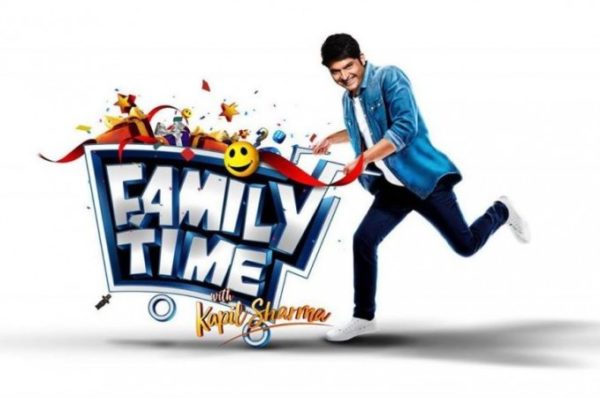 “Kapil was unable to make an appearance on Tuesday for his show’s launch. We are given to understand he is upset over certain developments in the last few days. But we are sure he will be up and about in no time at all.”

Here’s what the statement by PR of Sony TV said,

“There has been a technical issue on the sets which cannot be resolved immediately. Hence, today’s shoot had to be rescheduled. The press conference is also been rescheduled. We will update you on the revised dates. We apologize for any inconvenience caused.”

While some are of the opinion that Kapil is hurt because of latest developments, some are also saying that Kapil has cancelled the launch event because he doesn’t want to face the questions which will be asked by media persons. Well, one thing is for sure that he has once again left the makers and Sony TV in an embarrassing situation but we hope that he gets back soon.

Kapil has been dealing with health issues for past one year and he has been emotionally hurt as well after the mid-air scuffle with Sunil, so his fans are worried about him.

In the meantime, here’s what Sunil told TOI about his war of words with Kapil on the micro-blogging site,

“I was tired of continuous questions by fans asking me if I was going to be a part of Kapil’s upcoming show, so I decided to answer it. But I had no intentions to fight with Kapil or say anything nasty about him. I remained silent even after the fight that took place last year. I never said anything. I was under pressure since few days as my fans kept asking me if I am doing the show and I just reacted.”

“I am not hurt. I know he called me a liar and also said pehle hassa ke dikha logon ko. I am worried about Kapil’s health. Just look at the time of the tweets. How can I be hurt? I just pray to god that Kapil stays healthy and takes care of himself.”

Sunil aka Dr. Mashoor Gulati also opened up about the controversial spat that he and Kapil had in a flight while returning from Australia. He said,

“If you have noticed I have not done a regular show since last year. I have either hosted award functions, reality show finale or done live events. I did not take up any regular show. I am not denying that Kapil didn’t call me to return to TKSS. He even came home once and sent his people to discuss work. But I was not mentally prepared to return after the mid-air fight. I just want to clarify I am not targeting Kapil.”

On the question of working with Kapil Sharma ever again in future, Sunil Grover said,

“I don’t want to live in imagination. This is a very hypothetical question and actually, I don’t have an answer. I think it’s not the right time to answer this. I have work right now and I want to concentrate on it. We both are mature people and have even met after the incident last year. There are many things that happened between the two of us since then, and I don’t think I should talk about it. I don’t want to do mudslinging. I worked with him on two great shows though it was for a temporary period. I will always be thankful.”

Mukesh Rishi Was Once A Known Bollywood Villain. You’ll Be Sad To Know What He’s Up To These Days
I’m Virgin Will You Marry Me, Asks Crazy Fan. Taapsee’s Reply Shows She’s Ready For Marriage