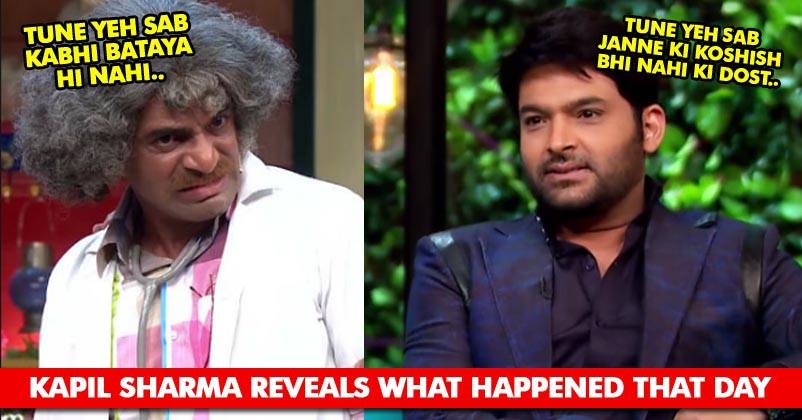 The trailer of Kapil Sharma starrer “Firangi” is out now and Kapil is back in a grand manner after a long time. His comedy show was taken off-air due to his health issues but it seems that the ace comedian is ready to sparkle again on the sky of showbiz.

Kapil opened up for the first time after fight:

It was for the first time that Kapil interacted with the media after his infamous mid-air brawl which involved the actor-comedian Sunil Grover. During the trailer launch event of “Firangi” which took place in Mumbai, mediapersons asked some questions in relation to his dispute with Dr. Gulati aka Sunil Grover and Kapil didn’t show any hesitation in pouring his heart out. 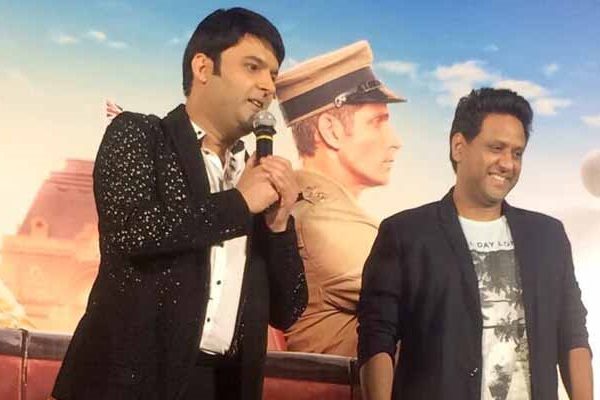 I didn’t fight with Sunil:

“If I was at Sunil Grover’s place, I would at least come and ask why you behaving so weird. I did not fight with Sunil, I love him. I was in tensed mind and that became news.”

Many depressing things led to this:

Things were not in the favor of Kapil and he was feeling low on account of unpleasant incidents. Here’s what he revealed:

“I was so irritated because of many things. Once we reached Australia, I was in a bad mood, as one of the crew members on my film had passed away. I had done a scene with him a night ago and the next day he was no more. I was so nervous and negative. Then Maan Sahab came and I found some positivity. I wanted to cancel the Australia show as it was extremely foggy there and offered to reimburse the producers. But the offer was rejected as digital tickets had already been sold. So, we had to go.”

“Two artists began to fight, and the girl came crying to me, right before the show was about to begin. The guy was my childhood buddy, and we had been fighting since ages. It never came on the news since we were not popular back in the days. So, I scolded that friend and hurled a few cases of abuse at him to which he retorted.”

He also told that those two artists didn’t perform together despite the fact that he interfered. Kapil also disclosed that the childhood buddy whom he talked about is Chandan Prabhakar and just after the show got over, he left the hotel and went MIA for the remaining five days.

Fight of Kapil & Chandan was never shown on TV:

In the words of Kapil,

“I wanted to meet him and apologise. My mistake was that he is my friend and I didn’t even hear his side of the story and just hurled abuses at him. I finally met him the day we were supposed to fly back to India, and I saw him one hour before the check-in. I got even more furious. I hurled five more abuses at him, and he gave it back to me. That would never come on TV!”

Kapil’s only complaint with Sunil: 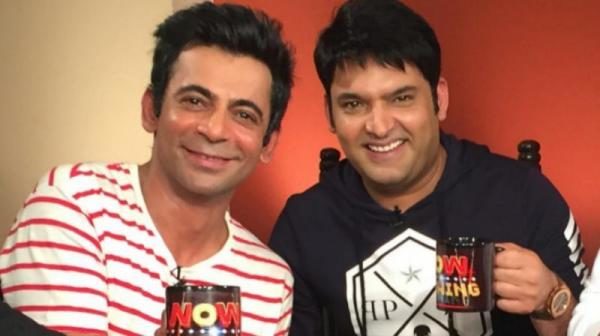 Kapil Sharma has just one complaint with Sunil and after reading his statement, you will agree with him. Here’s what Kapil said,

“I only have one complaint about Sunil. We have known each other for years, and if I had been in his place, I’d have asked the reason for such a weird, never-seen-before behaviour.”

On the leaving note, Kapil said,

“He is my favourite artist. Wherever he is I love him!”

Kapil also said that it was his wish that Sunil would launch the trailer of “Firangi” and he had messaged him about it but he is in London at present.

The comedy king now wants to forget all his past mistakes and make a new start as he said,

“Firangi is a new start for me. Past is gone, I will learn new mistakes”.

Kapil talked about health issues that he faced and how Shah Rukh Khan came to see him after the promotional shoot of “Jab Harry Met Sejal” was cancelled by him.

We wish all the best to Kapil Sharma for his upcoming movie “Firangi”.