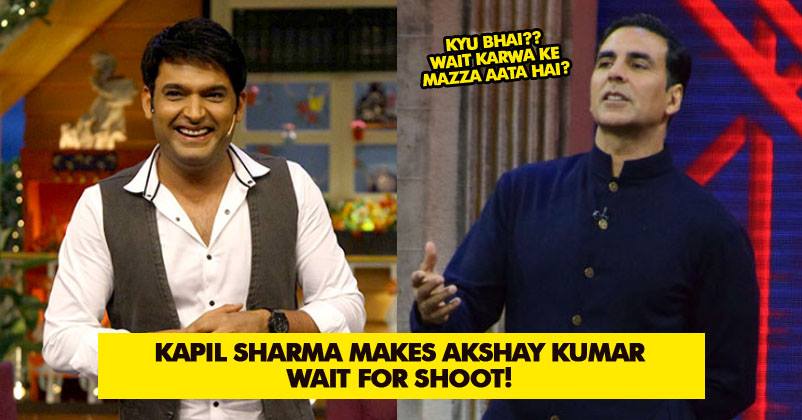 Kapil Sharma’s career saw many ups and downs and the situation was quite grim after TRPs of his comedy show entitled “The Kapil Sharma Show” kept on falling down which eventually resulted in the show going off air. This happened because of the health issues that Kapil faced after Sunil Grover’s exit from TKSS. He often cancelled shoots and celebs like Shah Rukh Khan, Big B, Akshay Kumar and Ajay Devgn returned from the sets as he didn’t come for shooting. This was undoubtedly not a positive gesture and unfortunately, Kapil did it again!

Yes, you read it right! Once again, Kapil Sharma failed to turn up for shooting on the sets of The Great Indian Laughter Challenge and made Akshay Kumar and team wait for 5 long hours. 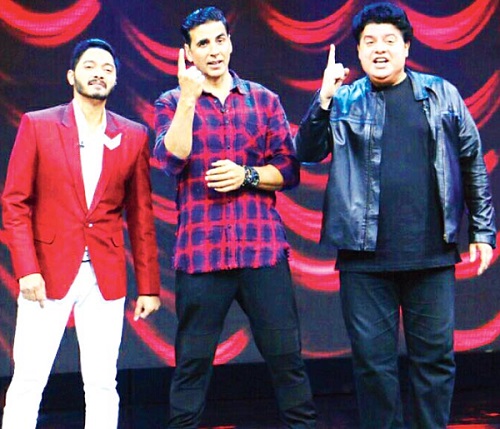 The noteworthy point is that he was supposed to be there for the promotions of his own upcoming film “Firangi”.

Earlier he appeared on Sa Re Ga Ma Pa Li’l Champs’s grand finale and the controversial reality show Bigg Boss 11 where he had lots of fun.

As per DNA, Kapil’s reporting time was 11am; nevertheless, he didn’t show up till 3pm. The team called Kapil continuously for asking as to when he would come since Akshay, Sajid and Shreyas were already on the sets.

According to the source,

“Akshay even graciously said that if Kapil is late, they will shoot some other bits and when the comedian comes he can join them. The roll time was 11 am, but even by 3 pm, Kapil did not arrive. Finally, he just cancelled it.”

A source told indianexpress.com that Kapil was not well and that’s why, he couldn’t come for the shoot. 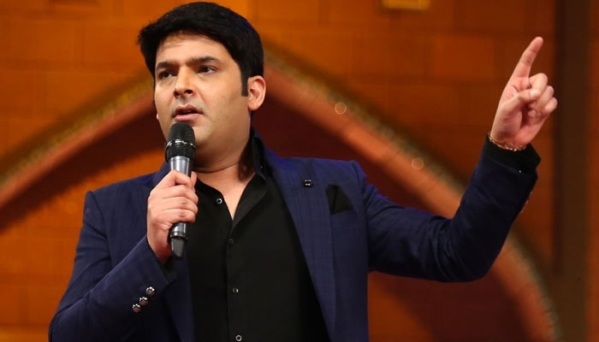 “Kapil gave a go ahead last night and the shoot was planned for today. The team waited for a while but seeing no trace of Kapil started the acts in the hope that he could join later on. His team later in the afternoon informed that Kapil wasn’t keeping well and it won’t be possible for him to join the shoot. Though the team has been left disappointed, knowing Kapil’s health concerns, we wish he recovers soon.”

During the trailer launch of “Firangi”, Kapil talked about all the difficulties that he encountered in the recent past in detail. Here’s what he told reporters, narrating what all he had to go through,

“I could not step on the stage to perform and would cancel the shoot. I suffered from anxiety and drank myself silly. I would stay locked up in the office with my pet dog. People stopped coming on the show and I went off the radar.”

Taking into consideration the fact that he rose to fame with The Great Indian Laughter Challenge, his careless attitude towards the shooting is definitely not an applauding gesture. Even though he was not well, he could at least inform that he would not be able to come.

Well, we wish that Kapil recovers soon and doesn’t have to cancel the shoot again.

BB 11: New Luxury Budget Task Is Full Of Dramas. Everyone Is Intensely Fighting
Hina Created Too Much Drama After Ruining Her Teddy For Luv. Twitter Is Enjoying Its Antim-Sanskar