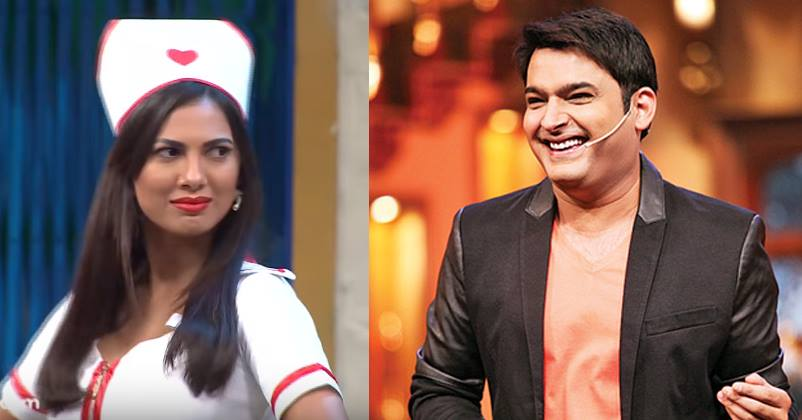 Few days ago, we informed you how nurses are protesting against stand-up comedian and actor Kapil Sharma after his new reality show “The Kapil Sharma Show” aired on Sony TV with a bang and endless promotion. Nurses in Amritsar raised an objection on Kapil’s portrayal of nurses in a derogatory manner which is not at all acceptable by the medical professionals. Glamorous Rochelle Rao has been shown in the role of a hot nurse whom Kapil tries to flirt with. What’s more, her dress is also a matter of concern which Amritsar civil hospital’s paramedical and nursing staff find disagreeable and offensive.

Earlier Jasbir Kaur, sr. vice-president of Staff nurse welfare association, said, “The show has objectified nurses. It is vulgar and far from reality. It portrays our character and the profession in bad taste. We play an important role in society. The show is harming our image.”

When the matter related to mocking nurses started taking an ugly turn, Kapil Sharma issued a press release through a PR agency on Saturday; however, nurses were determined that he must apologize on the show for ridiculing their profession and showing it in a poor light.

Kapil Sharma said that he was not intended to hurt feelings or sentiments of any individual and the purpose of his show is just to entertain viewers. He and his team regret if anyone’s emotions have been hurt due to “The Kapil Sharma Show.

As per the comedy king, his audience is his family and it’s only because of them that he has become successful in life and achieved what all he has. He personally believes that laughter is the best medicine and that’s why, he and his team want to make people smile. Punjab Nursing Association’s General Secretary Raj Bedi said that Kapil would have to apologize on the same stage where he mocked nurses and they would not accept his apology by means of this press release. Nurses are becoming an object of mockery and ridicule after what has been shown in “The Kapil Sharma Show” and expressing regret or asking for forgiveness through a press release is unacceptable.

Well, it appears as if Kapil’s problems are not going to end soon and to finish this matter, he might really have to apologize on the set of “The Kapil Sharma Show” only or else, it will grow bigger and worse, making things even more difficult for the comedian who has already been facing troubles ever since he had differences with Colors channel.

Finally Lulia Vantur Speaks About Her Wedding Rumors! Here Is What She Has To Say!
KRK Tried To Troll Jr. Bachchan On Twitter But Abhishek’s Reply Is Worth Applauding