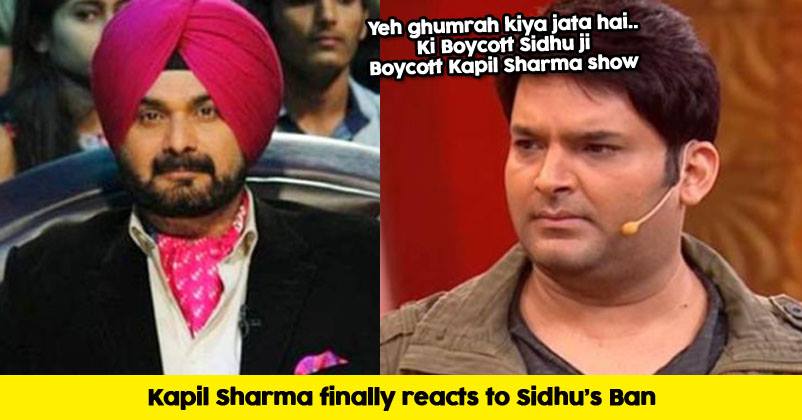 After the Pulwama incident, Navjot Singh Sidhu landed himself in hot soup when he made a few controversial statements. He said that a terrorist has no religion or country.

Immediately after that, Sidhu became trending on social media as people wanted him to be sacked from The Kapil Sharma Show.

Soon after, Sidhu was indeed removed from the show by the channel. However, Kapil Sharma has now spoken up on the matter and said that sacking Sidhu is not the solution. 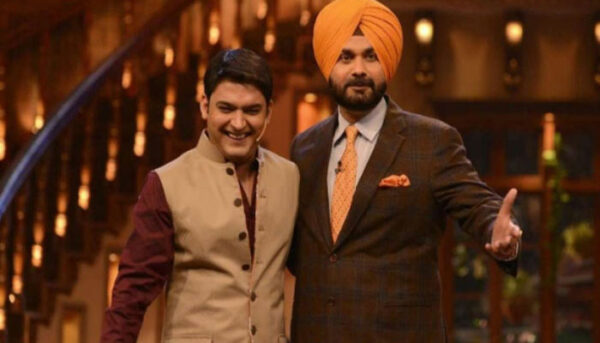 He seemed to be defending Sidhu’s statements and said that these are ‘small things’. He said that sacking Sidhu would be a temporary solution and something more permanent was needed.

However, a lot of fans took this comment the wrong way. They felt that Kapil was unfairly supporting Sidhu and therefore, he too should be banned from the show.

In fact, #boycottkapilsharma has now begun trending on Twitter. A lot of people are claiming that Kapil is arrogant and does not deserve to be on the show.

On the other hand, there were also some people who called him anti nationalist and said that he should have been the one to ban Sidhu.

This is how they reacted:

Where are Kapil sharma Fans who were abusing me yesterday and saying we should stop campaign bcz Sidhu is removed by Kapil sharma ?#BoycottKapilSharma pic.twitter.com/zEdg64rQZk

Look at him. Talks like a joker! So much arrogance in his voice. And No pain or any feelings for so many jawans martyerd. Abhorrent!#boycottkapilsharma https://t.co/aBiG97NaYb

Where does this arrogance come from Kapil???
#boycottkapilsharma

So, this is the real face of Kapil Sharma.. We pay them so that they can fund the anti-nationals. Time to boycott them.. I unsubscribed SONY TV. #BoycottKapilSharma #boycottkapilsharmashow https://t.co/0FTSYc7UfM

@KapilSharmaK9 i was watching your every show but this time by supporting sidhu you realised me i should stop watching your show & will make sure 10 of my friends and relatives to do the same, you arrogant.#BoycottKapilSharma

So @KapilSharmaK9 "if there is no permanent solution to an illness..u'll let that person suffering die without trying? Without even making small important changes/treatments"? So please cut the crap about ye choti moti baatein hai. #boycottkapilsharma https://t.co/6tUqSTQCUN

Not expected this from u @KapilSharmaK9. U supported the anti nationalist @sherryontopp. This country and its people only have made u the star from a zero, & u r not respecting those people & that nation. Shameful!! #boycottkapilsharma @TajinderBagga @rohit_chahal @SonyTV https://t.co/bTiwaIezdU

@KapilSharmaK9 Me & my family was ur huge fan but now after this unfollowing you, my whole family will not watch any pf ur movie/show in future & I'll ask my friends, relatives to do the same, remember you are what you are because of your fans #boycottkapilsharma https://t.co/JjCN57ATVY

#boycottkapilsharma country's interest is above any individual interest. Unsubscribe @SonyTV for not removing the traitor and show them the power of consumers.

@KapilSharmaK9 terrorists attack has taken lifes of our 40 soldiers and it seems "choti so baat for you" shame of you asshole.@BeingSalmanKhan if you are listening to this shit Kapil then pls throw him out of the show#BoycottKapilSharma https://t.co/IREIZEnOE4