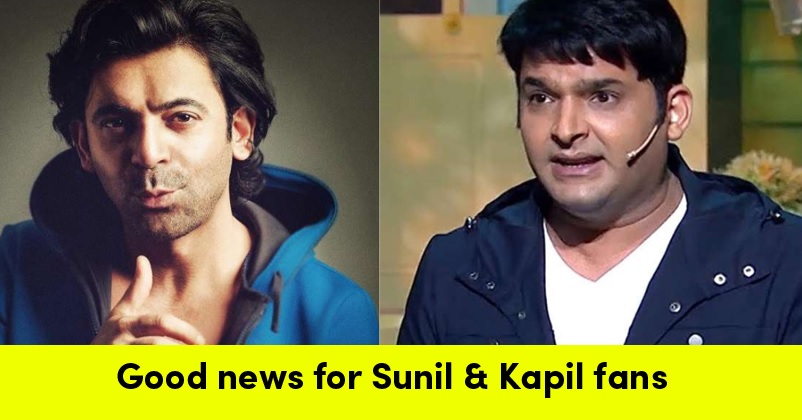 Sunil Grover and Kapil Sharma are two of the most popular Indian comedians with a huge fan following and there is no denying the fact that they used to create magic when they appeared on the screen together on the shows Comedy Nights With Kapil and The Kapil Sharma Show.

They were at the peak of success and their career was going great until an unfortunate incident led to the disagreeable fallout between them. The duo had an ugly mid-air brawl while returning to Mumbai from Australia and the episode took such a worse turn that Sunil Grover instantly left The Kapil Sharma Show (TKSS). Along with him, several other comedians like Ali Asgar and Sugandha also called it quits. Even though TKSS went on even after that for some time, fans and audiences felt that nothing was like before as Sunil was its soul and Kapil’s show soon went off-air as the TRPs were falling down constantly.

Kapil was also broken with it all and disappeared from the industry for some time; however, he made a comeback and although it wasn’t as good as earlier, his career graph started going up again. Nevertheless, time and again, fans have been requesting Kapil and Sunil on social media to come back together and bring an end to the unpleasant incident. Whatever, Sunil was not in mood to collaborate with Kapil again, although the duo wish each other on their special days on the social media networks.

Amid all this, several reports also did rounds that they might come together but nothing fruitful happened so far. However this time, it appears that the two ace comedians can finally share the stage together as the market of gossip is abuzz with the news of their patch-up and the person behind it is said to be none other than Salman Khan.

Yes, you read it right! The dream of comedy lovers – the reunion of Sunil Grover and Kapil Sharma can turn out to be true in some time and the duo might work together again. Moreover, reports suggest that Salman Khan has made peace between them so that they come together to serve their fans the dose of ultimate humour and laughter.

According to few sources, Sunil has agreed for the reunion as he did not attain such success anywhere else whether it’s his solo shows or roles in Bollywood movies. So there are good chances that fans get to see the two gems together in the coming episodes of The Kapil Sharma Show after the lockdown imposed due to the coronavirus outbreak gets lifted. Nevertheless, neither Sunil nor Kapil has made any official statement or announcement regarding it.

Let’s wait and watch! Till then, keep your fingers crossed!