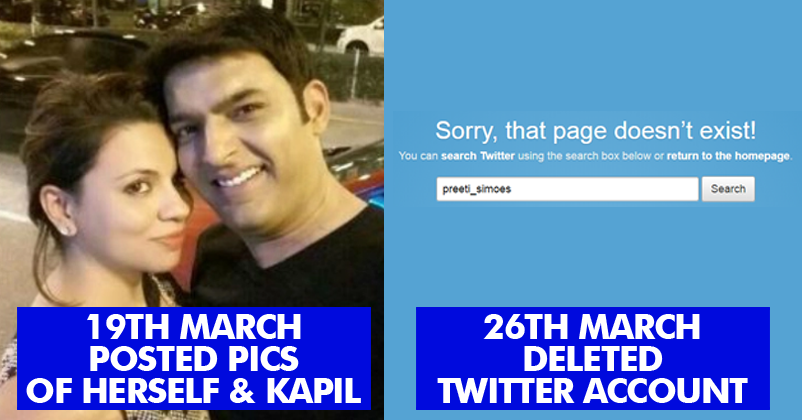 Kapil Sharma’s fight with Sunil Grover is getting only worse with time. The fight that was supposed to die down in some days has instead become more aggressive.

The worst aftermath of the entire fight is the Producer and Kapil Sharma’s rumored ex-girlfriend Preeti Simoes deleting her Twitter account. Well, the twitter users and fans of the show blamed Preeti for leaking the story of the fight to the media. The fans blamed her for being jealous of Ginni Chatrath, Kapil Sharma’s current girlfriend.

If you guys remember, on the day of the fight Kapil Sharma revealed on Twitter about his girlfriend Ginni. That day itself, the fight happened and things became worse. Preeti and Kapil were rumored to be dating but nothing was official. In such a scenario, when Kapil declared his love on social media for Ginni, people thought Preeti took a perfect revenge.

Well, the food for thought is that Preeti is the producer of the show, leaking details would mean harming her own business. We don’t think she did anything like that. We hope things are sorted in the coming few days.