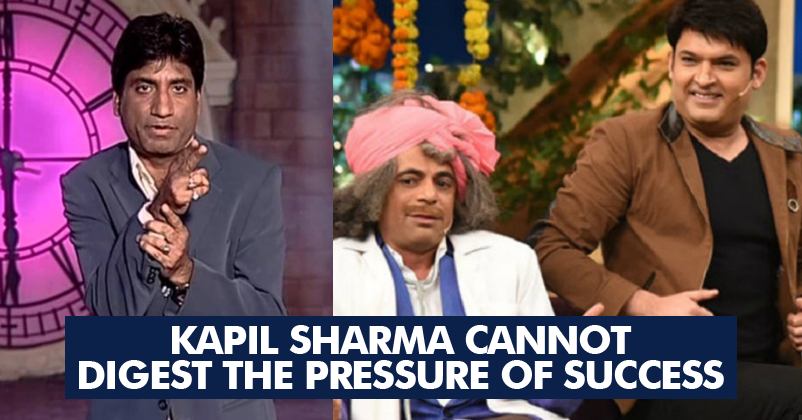 Kapil Sharma’s show is facing big issues. The controversies are never ending. As we all know, Sunil Grover, Ali Asgar, and Chandan Prabhakar did not turn up on the day of shooting an episode.

In an emergency, Kapil’s team convinced Sunil Pal, Raju Srivastav, and Ahsaan Qureshi to come on board and substitute their absence. They were gracious enough to do so. We already know that Raju Srivastav has taken the responsibility to sort out the differences between the two friends. He even revealed that he would call them at his home and along with Kapil Sharma’s mother the ace comedian will try to fix things. However, the planned meeting did not happen since Sunil Grover is out of town. He has assured Raju that once he comes back he will meet him for sure. So the meeting might happen anytime soon.

“Kapil has told me that he is trying to meet Sunil, but he is out of Mumbai. He told me that Sunil is determined not to come back on the show. To make things better, I had arranged a meeting with them at my house on Sunday, and I had even thought of calling Kapil’s mom (to mediate). But Sunil told me that he had extended his travel plans and will get in touch with me when he is back,” The latest buzz is that the trio – Sunil Grove, Ali Asgar, and Chandan Prabhakar have not called it quits. They are very much part of the show, it’s just that they are not reporting on sets for reasons unknown.

As reported by Hindustan Times, Raju Srivastav said that

“Kapil success ke pressure ko jhel nai pa raha. I don’t think he is arrogant, I just feel he can’t deal with the pressure that comes along. No matter which show it is, be it a function or a shaadi, people always want Kapil to come and perform. This is why he has even stopped answering his phone calls,” Raju was asked about Kapil’s drinking habits and rumors attached to his arrogant behavior. Here’s what he said,

“Although he has never misbehaved with me, other artists and technicians on the show have told me how he gets angry after drinking. They all say that otherwise he (Kapil) is fine, but changes completely as a person post consuming alcohol. It is so sad. People love us and if we behave like this (after drinking), it hurts our fans,”

Raju also spoke about Kapil Sharma’s girlfriend Ginni Chatrath who was introduced on social media on the day of fight itself, he said

““Ginni was on the set last week as well. Not in any capacity, just to support Kapil. He even introduced me to her and said, ‘Yeh aapki bhabhi hai’ (she is your sister-in-law),”

We hope that Sunil and Kapil’s fight is resolved soon, we want to see both of them perform together in The Kapil Sharma Show.