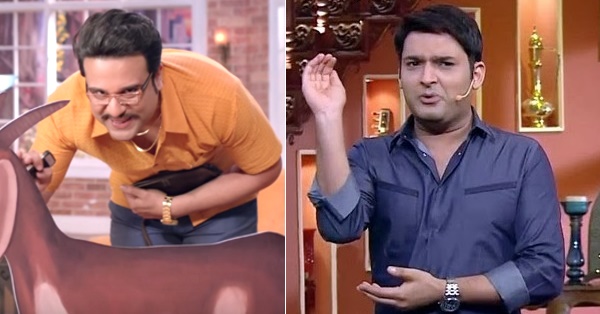 It seems that competition and rivalry between King Of Comedy Kapil Sharma and Krushna Abhishek is not going to end soon. Firstly, Comedy Nights With Kapil and Comedy Nights Bachao were shown on the same channel while allegedly giving importance to the latter one due to which Kapil made up his mind to put an end to CNWK finally. Thereafter, they gave the hint of making a comeback on a different channel. But in the meantime, Krushna slammed Kapil quite a few times saying that he should not have run away! Anyway, finally the good news for all fans of Kapil Sharma is that he and his team are coming back and the name of their new show will be “Comedy Style”. As per media, comedian and actor Kapil Sharma and team had a long meeting with NP Singh, CEO of Sony and according to a source, “Comedy Style” will be telecasted by March’s end or April’s first week. What’s more, audience can enjoy it on weekends BUT they will have to make a choice between “Comedy Style” and “Comedy Nights Live” since both will be telecasted at the same time! Awesome! This Video Of Anushka’s First Look In ‘Sultan’ Would Make You Feel Tough And Strong
Who Is This Super Hot Bollywood Actress Shooting For A Bhatt Camp Movie?