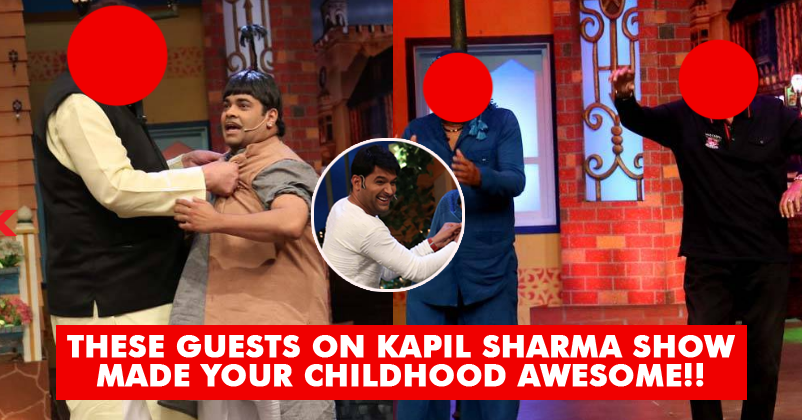 Unquestionably, TRP of “The Kapil Sharma Show” is falling down to such an extent that Sony TV is not in the mood to continue with the reality comedy show and it might soon go off air. However, Kapil is leaving no stone unturned to make audience laugh and for this purpose, he’s inviting celebrities who have amused the Indian viewers for decades.

He has come up with a ‘villain’ theme and you’ll be amazed to know that the best and most popular B-Town villains are invited by him for the special episode. Any guesses?

Well, they are Ranjeet, Prem Chopra and Raza Murad. Sounds quite exciting, doesn’t it? Here are few pics from the sets of the show and you definitely won’t want to miss them! The most wanted pic of Bollywood 😉 Some serious villain act being performed? Fun time with the whole team of TKSS! Back to what they are best at 😉 Needless to say, due to the ugly spat which took place between Kapil and Sunil Grover in a flight while returning from Australia, the latter did not continue the shooting of TKSS and along with him, few other team members like Ali Asgar, Chandan Prabhakar and Sugandha Mishra also left the show. Probably the same is the reason as to why even celebrities are not showing any interest in appearing on TKSS. Nevertheless, it’s the question of Kapil’s career which he has made with extreme hard work and that’s why, he’s trying hard to do everything possible for entertaining the viewers, making them laugh and, not to mention, increasing the TRPs.

In actual fact, Sunidhi Chauhan, a famous Bollywood singer, was invited for the episode; however, there were some timing issues due to which Sunidhi could not appear. But as they say, the show must go on, the villain trio came to Kapil’s rescue.

Let’s wait and watch whether this special episode helps TKSS in regaining its TRPs or not! What do you think? Share your views in the comments section below.

Abhay Deol Once Again Sparked The Racism Controversy! Demands An Apology From Brands
GoT Actors Beat Even Kapil & Salman In Terms Of The Amount They Get Per Episode! #JawDropped