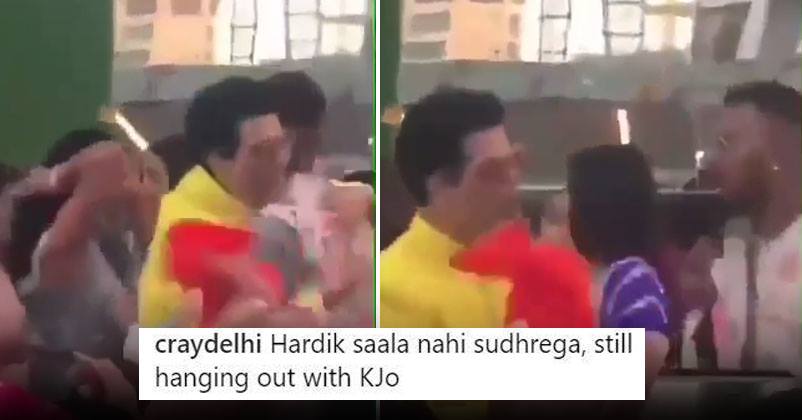 After Isha Ambani, India’s top businessman Mukesh Ambani hosted his son Akash Ambani’s wedding yesterday night. Almost all the big Bollywood celebs were present making it yet another royal and much talked about wedding of the country.

Soon after the wedding, several pictures and videos started doing rounds on social media and people got a new meme topic. A video of Karan Johar and Hardik Pandya went viral in which both stars were seen dancing hard.

After KWK fiasco, people were amazed to see both Hardik and Karan dancing together like there’s no tomorrow. Some of them also trolled Hardik and Karan. Watch the video below:

Here’s how people reacted after watching the video 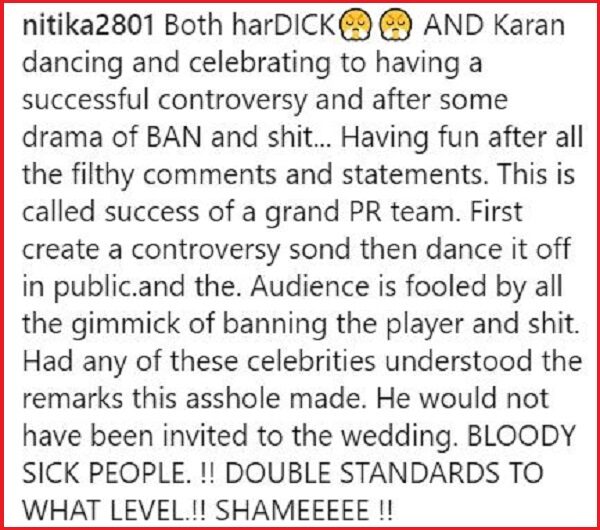 Well people can say whatever they want but it’s such a fun to see both of them dancing together like mad. Don’t you think so?

Sona Mohapatra Lashes Out At Kailash Kher And Sonu Nigam Again. She’s Very Angry
Karan Johar Takes A Dig At Katrina, Says She Is Looking For Property For Years But Doesn’t Buy It