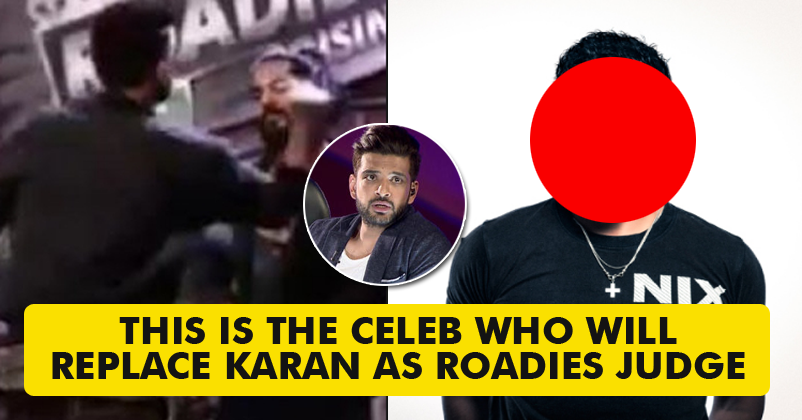 Karan Kundrra (earlier known as Karan Kundra) recently made headlines for all wrong reasons. He was one of the five judges of MTV Roadies Rising which is to begin from February 25; however, the latest reports suggest that he is no more a part of the 14th season of MTV Roadies.

If you remember, there have not been many days when he slapped a contestant on the national television during auditions for the show. It so happened that he asked the contestant whether he slapped his sister ever and when the man gave a positive reply, he just lost his cool and slapped him. Well, this was not all, he went on to have a fist fight with another contestant and finally, threw him out.

Now when Karan has been shown the exit door, some people are relating his ouster with the slap gate incident. He had been judging MTV Roadies for the last two seasons and it was his third season in the famous reality show; however, he has bid good bye to Roadies and you won’t believe who is going to step in his shoes….

Well, he is none other than Nikhil Chinapa and it is said that he has replaced Karan just because of clash in schedule. This is what PTI was told by sources close to MTV:

“Nikhil is being roped in to take Karan’s place on ‘Roadies Rising’ due to clash in schedules of the journey shoot and Karan’s other prior commitments.” “When Karan was on the off-site in Los Angeles with the team, he spoke about having to give the ‘Roadies’ journey a miss this year due to some other engagements that he had to honour.”

Nikhil is a well-known VJ and has been the judge of Roadies for few seasons. Once again, viewers will get to watch him on the show as a gang leader along with other judges, i.e., Rannvijay Singh, Prince Narula, Harbhajan Singh and Neha Dhupia. Well, as far as MTV Roadies is concerned, slap cannot be the reason of Karan being ousted from the show because we have seen such incidents in past too. Let’s wait for an official announcement! Till then, keep in touch to stay updated!