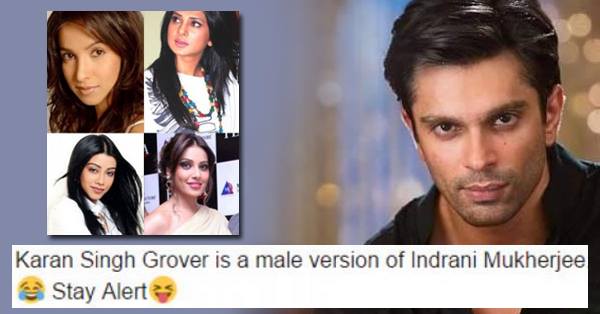 The popular TV actor Karan Singh Grover was in limelight for long due to his alleged relationship with the Bollywood actress Bipasha Basu and there were rumors of their engagement too; however, the couple straightly denied any such news and maintained that they were just good friends! And after a long time the day came when Karan Singh Grover finally announced his marriage with Bips officially on Twitter! This is what Karan tweeted announcing his wedding with Bipasha Basu:

As we know that Karan is already married twice (before Bipasha) to famous TV actresses Shraddha Nigam and Jennifer Winget, Twitter just couldn’t digest this “good” news of his 3rd wedding and trolled him in an epic way that he would never have imagined even in the worst dream.

Here we present some selected tweets that will make your day!

Even we want to know 😛

@Iamksgofficial SORRY ,..but Is this LASt…!!😵

Hats Off for this talent 😛

Karan holds Masters Degree in it:

@Iamksgofficial you have done masters in getting married & u are best at leaving all the hot ladies in middle of nowhere when you feel like.

@Iamksgofficial what good news bloody bullshit…only face beauty but black heart..u need a slap on both side of face Surely, you must not have been able to resist laughing after reading these tweets!! #LMAO

You Would Definitely Be In Tears Seeing This Video That Highlights Harsh Reality Of Farmers!
First Day Collection Of Sardaar Gabbar Singh & Jungle Book Shows Bollywood Has Tough Competition