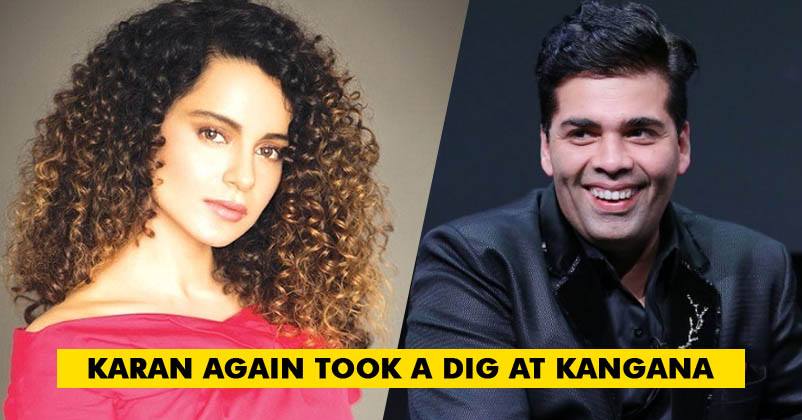 Nepotism in Bollywood is one issue which is raised over and over again and a lot is said and discussed about it so far. In recent past, Kangana Ranaut was in news for all the wrong reasons and it won’t be wrong to say that she brought the prevalence of nepotism in public. Even though people knew about it, this was not considered such a big issue until few incidents took place.

It all started when Kangana called Karan the flag-bearer of nepotism in the film industry in an episode of Koffee With Karan. And ever since, KJo didn’t leave any chance to take a dig at Kangana over her nepotism remark.

Recently during a press conference of “Ittefaq” starring Sidharth Malhotra, Akshaye Khanna and Sonakshi Sinha, Karan Johar and Shah Rukh had an interesting conversation with media. The interaction was about the movie which is the remake of a Hindi film of the same name that released in 1969.

In the meantime, KJo mentioned that Shah Rukh Khan and Sidharth Malhotra are “two non-nepotistic people” whereas Sonakshi and he himself are nepotism’s products. Through this statement, he was intended to say that he works with both kinds of stars and we really don’t need to mention that he aimed at taking a satirical jibe at Kangana Ranaut here.

“We have two non nepotistic people – Shah Rukh Khan and Sidharth Malhotra, standing at the two extreme ends of the panel, and the remaining, Akshaye, Sonakshi and myself – are the brand ambassadors of nepotism.” 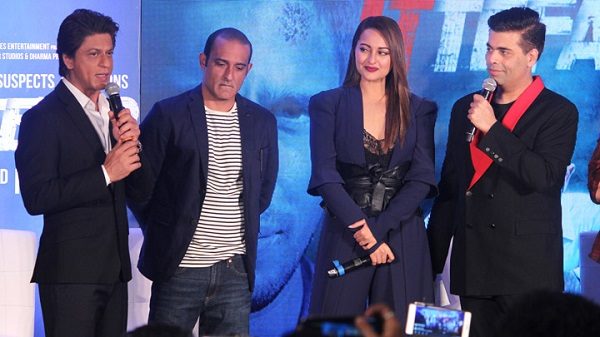 KJo as well as the team of “Ittefaq” pleaded fans for not sharing any spoiler and during the conference too, Karan referred to media as his ‘family’ and asked the journos to “tell everyone not to share spoilers about Ittefaq”. To this, SRK had an epic reaction which made everyone laugh. He said,

“Yeah, only when you have to promote a film, that time you will call them a family.”

The team has not indulged in many promotional activities for the flick and it was actually the marketing strategy of the producer. KJo clarified that the team did not want suspense to be revealed and the strategy of not promoting the movie in fact made audiences more interested.

Priyank & Vikas Are Madly In Love With Each Other, Reveals Priyank’s Splitsvilla Co-Contestants
Dhinchak Pooja Fell In Love With Luv Tyagi & Twitter Is Left In Splits