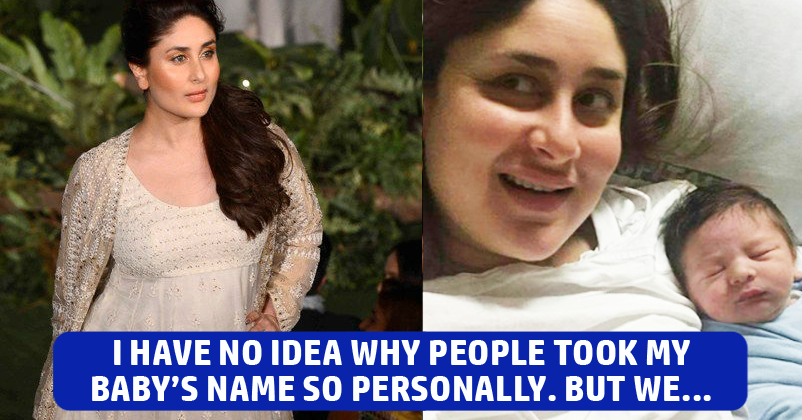 Kareena Kapoor Khan illuminated the ramp with her beautiful looks and style in the grand finale of Lakme Fashion Week (LFW) as she was Anita Dogre’s showstopper. The gorgeous lady has given birth to a baby boy 46 days back, who has been named as Taimur Ali Khan Pataudi. Kareena was looking graceful, elegant and glamorous in the gold and white ensemble made by Anita and it seems as if she has become more beautiful after becoming a mother.

She also talked about the controversy that erupted after the couple named their newborn as ‘Taimur’. While talking to a leading daily, she said,

“It was bizarre. I have no idea why people took my baby’s name so personally. But we love the name and let me put it this way — it has no resemblance to any person living or dead. We love the meaning and I am happy that [some] people came out in support of us so strongly. That support matters more than anything bad that was said or written.”

If you remember, a huge controversy took place after Saif and Kareena named their first kid as Taimur because there was a cruel and brutal King by this name in the 14th century, however the meaning of the word in Arabic is iron.

What do you have to say about the stunning looks of new momma and her positive outlook? Share with us in the comments section below.

10 Things Science Has Got Totally Wrong!
10 Hollywood Actors Who Worked In Bollywood And Disappeared!