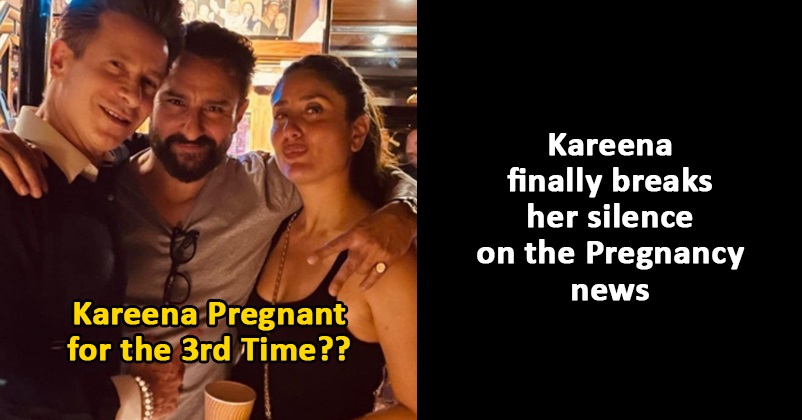 Saif Ali Khan and Kareena Kapoor Khan make one of the most beautiful and adorable couples of Bollywood and though they are sometimes trolled for the big age difference of 13 years between them yet they are going very strong. The couple has two sons – Taimur Ali Khan and Jehangir Ali Khan but recently rumours of Bebo’s pregnancy started doing rounds after people noticed her bulgy tummy in a photo featuring the couple and a fan which they shared while enjoying their holidays in London. 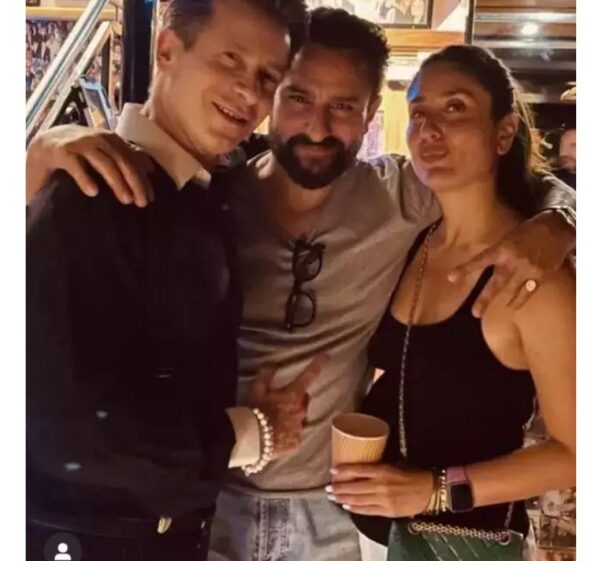 Soon people started talking about it on social media and some of them even asked the “Kurbaan” actress whether she is going to be mother for the third time.

Now Kareena has quashed all the rumours herself by posting a message for her followers in one of her Instagram stories.

She wrote, “It’s pasta and wine guys. Calm down. I am NOT pregnant. ufff. Saif said he has already contributed way too much to the population of our country. Enjoy. KKK.” 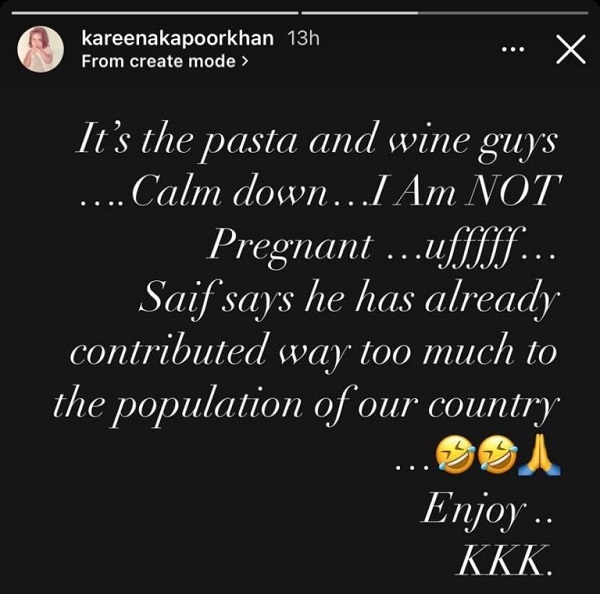 There is no denying the fact that Saif Ali Khan has contributed good enough in India’s population as he is father of four kids, Ibrahim Ali Khan and Sara Ali Khan from his first wife Amrita Singh and two kids with Kareena Kapoor Khan.

Bebo has also said earlier that Saif has had a kid in four decades – his twenties, thirties, forties and fifties and then the actress makes it clear to him that in his sixties, it is not going to happen. She adds that Saif is a very good father and he gives his time to all his four kids. She also says that in regard to Jehangir, they both have decided that one of them will ensure he/she will stay with Jeh while the other one is working.

Relax guys, Bebo is not pregnant!