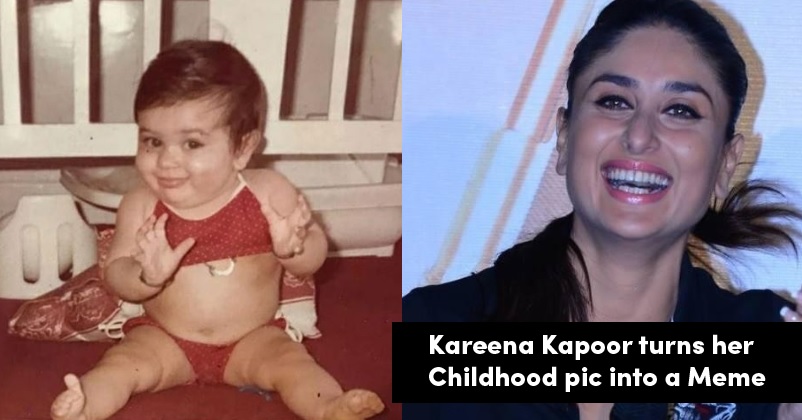 There is no denying the fact that Bollywood is suffering a lot because of the coronavirus outbreak as the release dates of many movies have been postponed and the shooting of numerous movies has also been stopped. The actors too are compelled to stay in their houses as the disease is contagious and remaining indoors is the best way to keep yourself safe. The government has asked people to avoid mass gatherings and maintain social distancing as well. In fact, staying at home is the best option and people are advised to work from home, if possible.

The Bollywood celebs are making the most of this time by spending it with their family members while some of them are spreading awareness about coronavirus through their social media accounts. The beautiful actress Kareena Kapoor Khan recently took to Instagram to post her childhood photo and give a pretty important message in quite a sweet manner.

In the image, the cute and chubby Bebo is seen trying to keep someone away from her by using her hands and she also has a lovely but naughty smile on her face. The caption that she wrote was, “Me… when someone tries to shake my hand these days! #StayHome #StaySafe #SocialDistancing”. 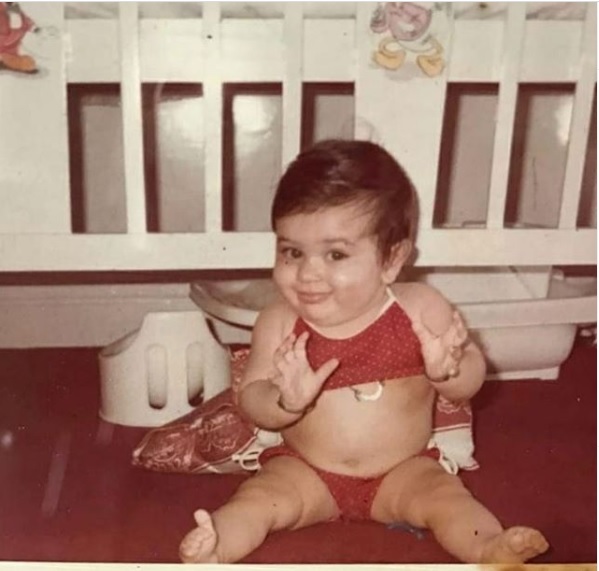 Me… when someone tries to shake my hand these days! #StayHome #StaySafe #SocialDistancing

Some time ago, the Bollywood actress Kajol also shared a meme with a twist from DDLJ in which she tried to educate people to use sanitizers.

On the work front, Kareena’s last movie “Good Newwz” was a blockbuster and it brought a storm at the box-office. The film also starred Akshay Kumar, Diljit Dosanjh and Kiara Advani in important roles. The “Bajrangi Bhaijaan” actress will be seen next in “Laal Singh Chaddha” in which she is working with Mr. Perfectionist of Bollywood, i.e., Aamir Khan. Directed by Advait Chandan, the movie is inspired from Tom Hanks starrer Hollywood flick “Forrest Gump” and it will hit the theatres on Christmas 2020.