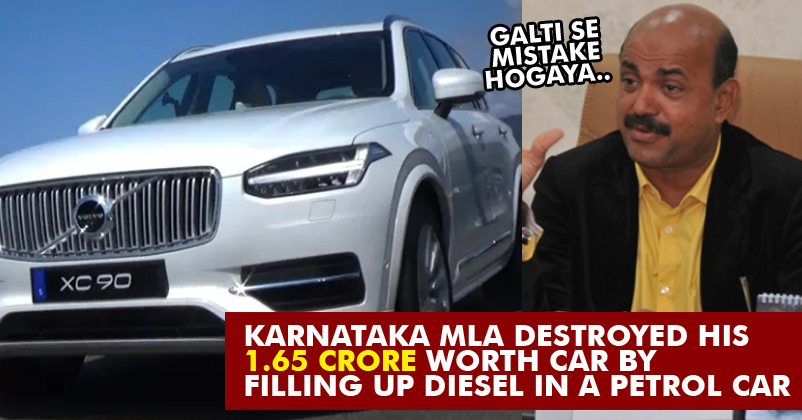 When you really are bored and need some dose of entertainment, this is it. The story which we are sharing is a dose of LOL-ism but also comes with a pity feeling. The MLA shared that the car he bought was for his own son. When his son took the car to the nearest fuel station, the staff present there, did a mistake. They unintentionally filled the petrol tank with diesel.

The car will be now taken to Bangalore in a truck, in order to empty the tank completely and for cleaning the system as well.

Well, the staff at the fuel station were quite guilty and they owned up to their mistake. MLA Bava handled the situation with an amazing gesture. He not only let go of the situation easy but also exclaimed that ‘To err is human, it’s common to make mistakes and we respect humans more than machines” Well, the news is really sad, the ones who love their car would definitely feel for them. Also, this will be the first time where someone had to pay a heavy price for diesel than petrol, you know what we mean?

Ex IIT-K Prof Locked Himself & Wife In Flat! When Door Was Opened After 4 Months, Scene Was Horrific
Shiv Sena Shuts Down 500 Meat Shops In Gurugram During Navratri Festival Including KFC Too