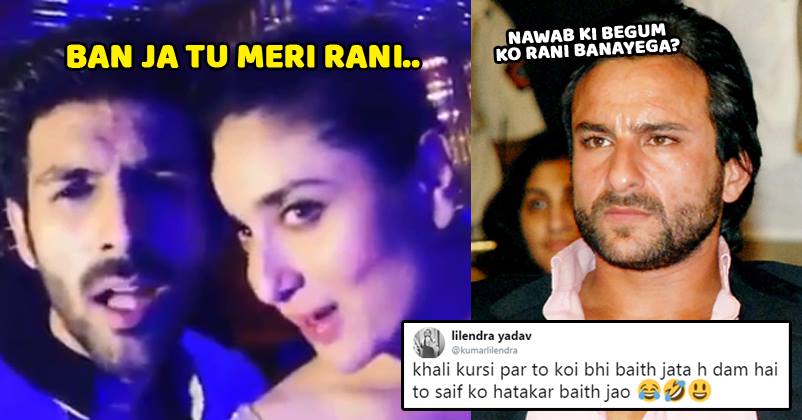 The talented actor Kartik Aaryan is riding high on success wave as his latest movie entitled “Sonu Ke Titu Ki Sweety” has crossed the 100 crore mark and audience has loved his performance in the flick.

Recently, the “Pyaar Ka Punchnama” actor was seen with Kareena Kapoor Khan in Singapore and before you think otherwise, let us tell you that they were walking ramp for the designer Manish Malhotra. 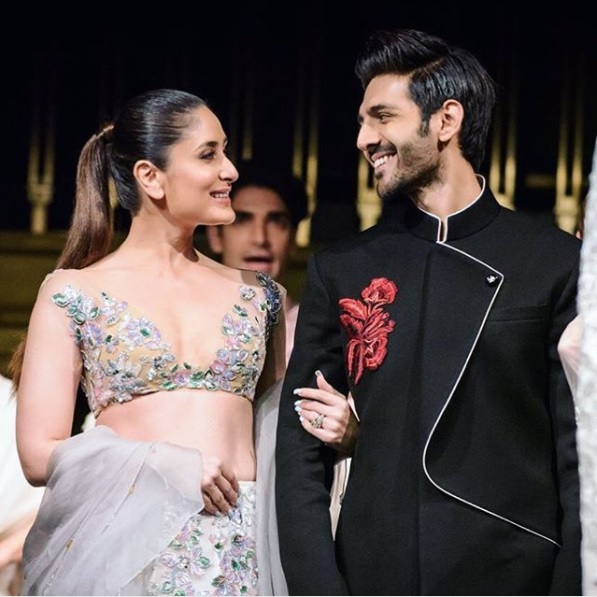 Kartik and Bebo were the showstoppers and we have to admit that they both looked adorable together. In fact, their fans went on to say that they will make a nice Bollywood movie pair and filmmakers must consider featuring them in at least one flick.

Kartik took to Twitter and shared a video of after-party in which he can be seen lip syncing the popular song “Ban Ja Tu Meri Rani” while Kareena is giving beautiful expressions and blushing. 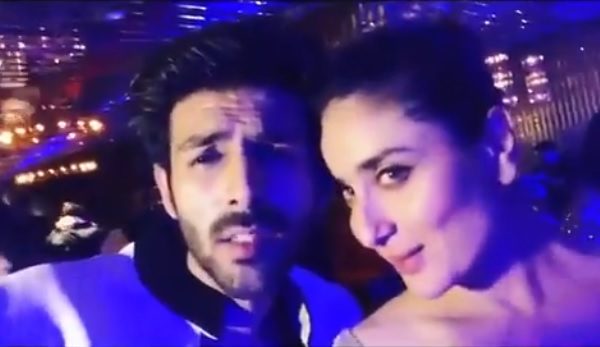 Needless to say, Kartik was merely enjoying and not at all intended to flirt with Kareena. While some loved the video, few fans of Saifeena didn’t like to see Kartik having a fun moment with Bebo and trolled him left and right. Here are some reactions:

This Rani is already someone’s Maharani:

Will you accept him?

Don't give this 2rs d grade bhojpuri star publicity.
We Saifians will make sure his future movies can't do even 10Lakhs at Box-office

Well, we must say that Kartik and Kareena know how to enjoy little moments and trollers need to learn to mind their own businesses. What do you say?

Hina Khan Got Trolled For Copying Deepika & Terrible Eye Makeup. People Called Her Chudail
Sanjay Dutt’s Daughter Trishala Had A 24K Gold Coffee. Many Of Us Can’t Even Afford It