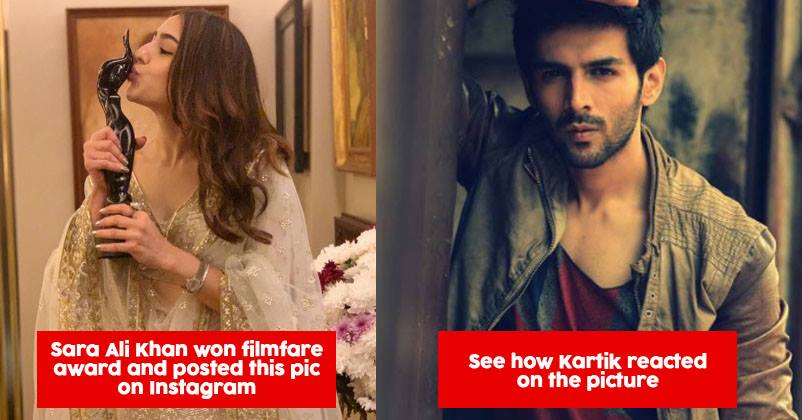 Sara Ali Khan is one of the most promising actresses of the present time and despite being just two movies old in B-Town, she has already garnered a huge fan following. Sara made her debut in the Hindi film industry with movie “Kedarnath” which performed well at the box-office and her acting was also praised by audiences as well as critics.

Her efforts have finally paid off and she has been awarded with the Filmfare Best Debut award for “Kedarnath”. She shared her happiness with fans and followers by posting some photos with award on her Instagram account. While in one photo, she is seen with her mother Amrita Singh, in another photo she is seen kissing the black lady. 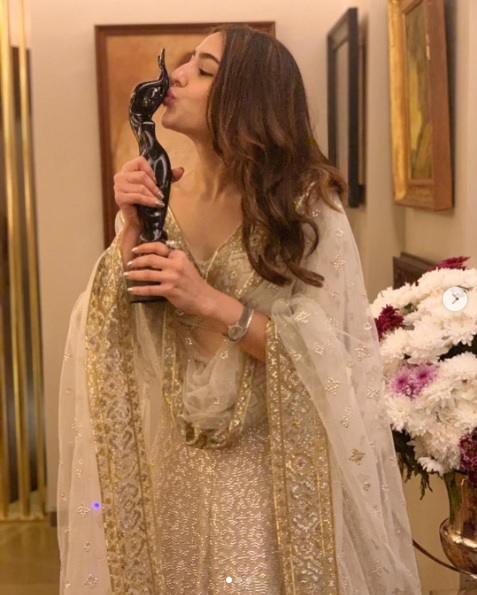 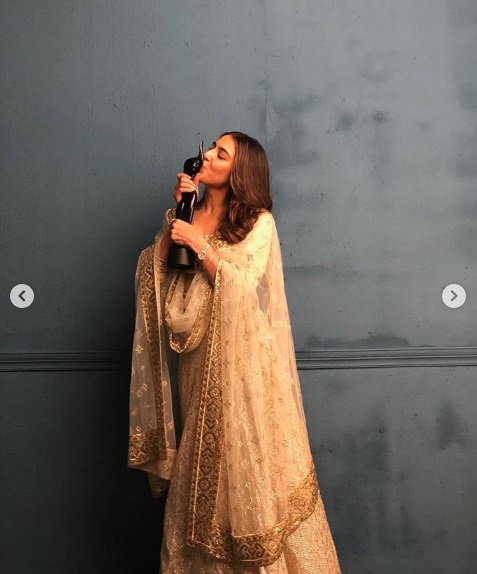 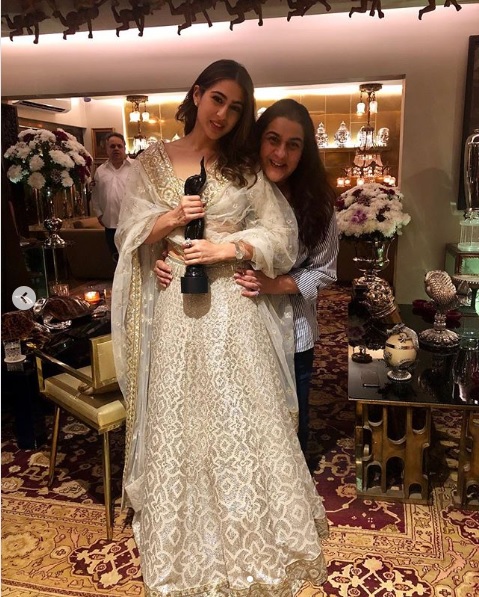 The caption that she wrote while sharing the images read,

“Thank you Filmfare for giving me this honour- being able to kiss the black lady is truly surreal 👀😱🤗🥳🎞🤩 Team Kedarnath this one is for each and everyone of you. Thank you for making my dream come true 🙏 Jai Bholenath 🕉”

Soon people start congratulating her but one comment that caught everyone’s attention was made by none other than Kartik Aaryan. He wrote,

If you remember, during a chat show, Sara expressed her desire to go on a date with Kartik and now they both are working in Imtiaz Ali’s “Love Aaj Kal 2”. In fact, a video of their lip lock from the sets also went viral and made headlines. This film is a sequel of “Love Aaj Kal” in which the male lead was played by Sara’s father Saif Ali Khan and Deepika Padukone was seen in the female lead role.

While Sara’s last flick “Simmba” was a big hit, Kartik’s “Luka Chuppi” in which he worked with Kriti Sanon also performed superbly on the box-office.

We congratulate Sara on her achievement and wish her more success!

Is It Arjun Kapoor Vs Kartik Aaryan This December? Here’s Everything You Need To Know.
Deepika Finally Responds To Filmfare Not Giving Her Best Actress Award. Here’s What She Said