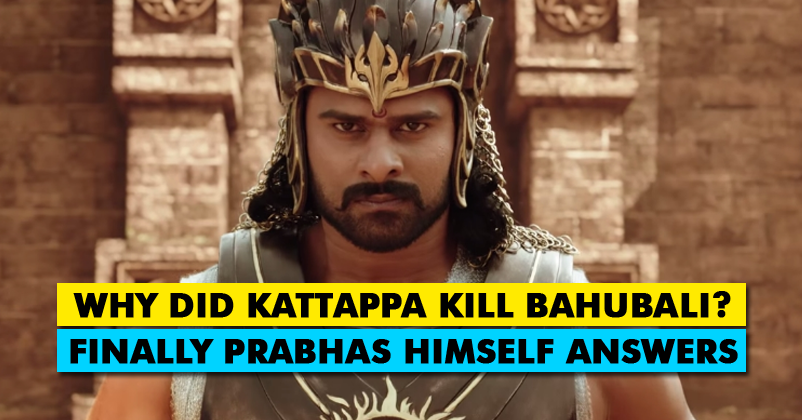 Prabhas and the entire team is promoting Baahubali 2 all over India. We all know the grand release of the movie will be happening this Friday and what is even more amazing is that the movie is generating the right kind of response and curiosity around it.

There was a promotional event in Kochi held for promotions of Baahubali 2 and the entire team was present there.

That is when Prabhas solved the most sought after concern of every Baahubali fan – why did Kattappa killed Baahubali? Now, to begin with, there are already many theories and assumptions that have floated online. However, call it by chance or just strategic, Prabhas actually gave one sensible answer to the question and it might just be the actual reason, no one ever knows.

“Imagine Kattappa stabbing his enemy from the back. And what if he mistook Baahubali as Balladeva and stabbed him from behind? Or why wouldn’t he have a solid reason to stab Baahubali?” This can be one of the reason, we all don’t know whether Prabhas was just goofing around or being honest. We will get our answers this Friday.

Kiku Sharda Breaks His Silence Over Kapil Copying Jokes! Here’s What He Has To Say!
Akshay Kumar Slams Controversy Makers! Asks To Take Back His National Award!