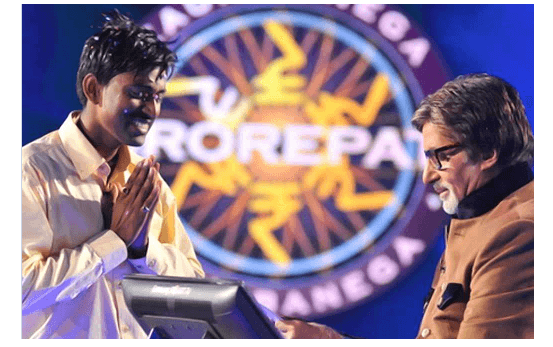 Well…the ‘frustrated’ Kumar is not at all frustrated, he told that he is now left with no money just only to get rid of his so called friends who was asking for money from him as he a ‘crorepati’ now. He revealed to media that he is not at all in destitute. He told that all these story that was nothing but a rumour. “That is true to some extent that I aired the news that I lost all my money in supporting my family and fulfilling their needs, but that does not mean that lost all the money. This is quite a fabrication of the news channels that they disclosed such false news about me.” Said the winner of KBC five, Sushil Kumar, who took part in the show in the year 2011.

He told that he gained 3.6 crore Rs form the show after deducting the money for taxes and made a proper use of that cash prize. He started a business of his own and helped his brother to open a jewellery shop. He even opened a dairy, started building his own house and bought land for farming and in future, he even thinking to expand his business. He expressed his gratitude and joy that he has been chosen as the brand ambassador “chhatra samagam”.

Question may arise that is Kumar forced to give such a positive comment by media or truly he is struggling with his circumstances to meet up his responsibilities even after winning one of the most spectacular show KBC?