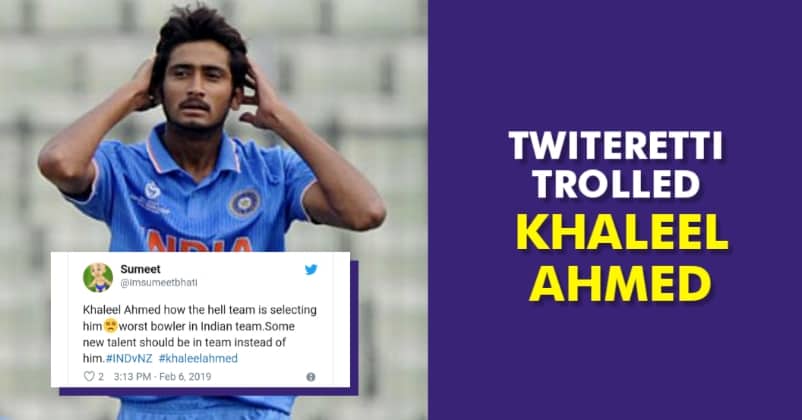 After India’s victories in the ODI series, it was expected that the team would perform similarly in the T20 series against New Zealand as well. But clearly, that was not to be.

Virat Kohli was not playing the match, and Rohit Sharma had stepped in as the Captain. To say that their performance was a disaster, would be the understatement of the century.

The team lost by a whopping 80 runs, and Twitter is blaming Khaleel Ahmed for it. The 21 year old pacer did not perform up to the mark, and basically handed over 48 runs to the Black Caps in the first innings. 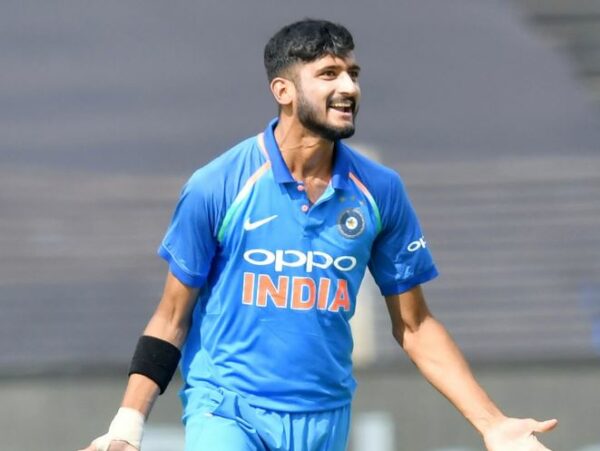 This is what Twitterati had to say:

Khaleel Ahmed how the hell team is selecting him😒worst bowler in Indian team.Some new talent should be in team instead of him.#INDvNZ #khaleelahmed

Playing #khaleelAhmed is a big mistake or conspiracy, i guess the intention to play a left armer may just backfire because the investment is not working out #NZvIND

What has #KhaleelAhmed done? Why is he even in International Team? @BCCI

Can’t win with Khaleel Ahmed in T20 and Vijay Shankar!!! No chance @ImRo45 @BCCI . Can’t chase the big target when there are no specialists bowlers and @imVkohli

Khaleel Ahmed and Siraj are given way too much chance. Not impressive at all.

Can someone tell me how this Khaleel Ahmed was picked for India? Bowlers in Shivaji park/Somas ground in T Nagar would bowl better than him.

why is Khaleel Ahmed in the team? He cant evrn make the SRH XI.

What do you have to say about his performance?

Rohit Sharma Tried To Troll Yuzvendra Chahal About Ironing His Shirt, Gets Badly Trolled In Return
Smriti Mandhana Finally Reveals The Real Reason Why Her Jersey Number Is The Same As Virat Kohli