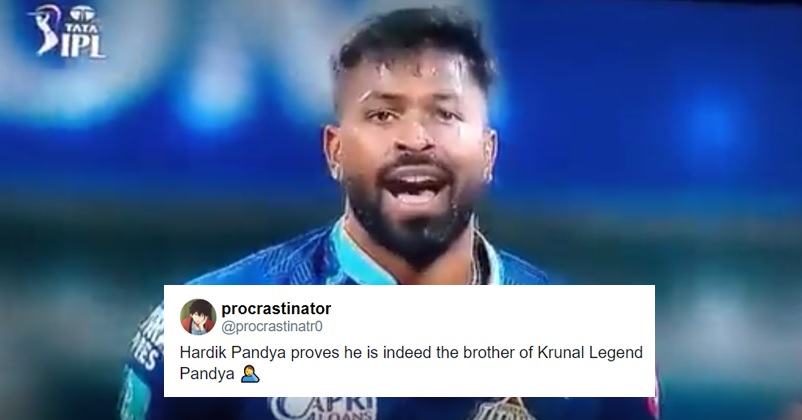 There are two new IPL teams in this season – Lucknow Super Giants and Gujarat Titans, while KL Rahul led Lucknow franchise has lost 2 matches out of 5 played by them, Hardik Pandya led Gujarat Titans was on a winning streak till yesterday but it lost its fourth match to Sunrisers Hyderabad. 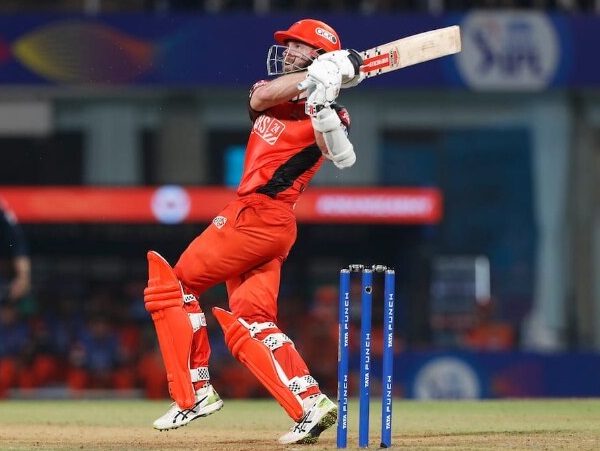 The Hyderabad franchise registered its second victory in the tournament as it defeated GT comfortably by 8 wickets. Both the skippers – Kane Williamson (57 runs, 46 balls, 2 fours & 4 sixes) and Hardik Pandya (50 runs not out, 42 balls, 4 fours & 1 six) scored fifties in the match, the former got the Player of the Match award while the latter got slammed because of his rude behavior especially with the senior member of his team Mohammed Shami.

Many cricket fans are of the opinion that if there is anyone who could be held responsible for GT’s defeat, it has to be Hardik Pandya because while batting, he failed to increase the momentum towards the end otherwise the team could have added 15-20 extra runs to the total score. 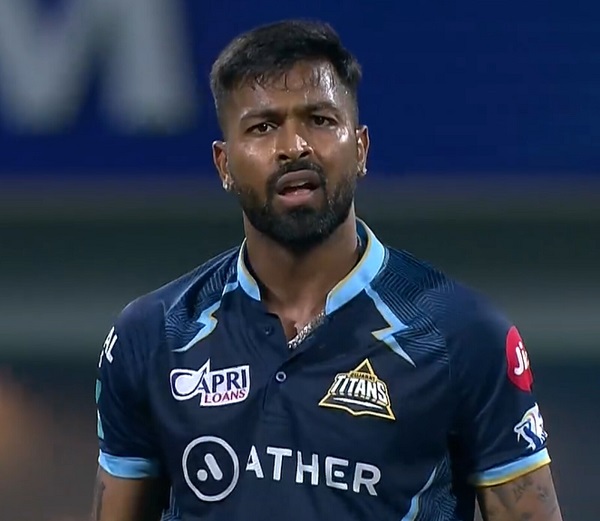 During the SRH innings, Hardik Pandya made few mistakes, for example, he refused to take review of Kane Williamson’s lbw appeal which could have sent the SRH skipper back to the dugout, he got angry with young cricketer Sai Sudharsan for letting SRH batters take two runs and then he shouted at the senior cricketer Mohammed Shami for choosing to stop the boundary rather than taking a catch which was quite difficult to take. Majority of the online users think that Hardik Pandya is not a captain material and he should not even be considered when it comes to choosing the captain of the Indian national team.

Hardik Pandya was screaming at Shami for not taking a catch which wasn't exist….🤬

That's why i hate these pandya brothers from heart 🤬#SRHvGT

Kick out Hardik pandya from the captaincy of @gujarat_titans. As a fan of gujrat titans, it's my opinion
Mannerless, shame on you @hardikpandya7. You are aa very good player, i think you should respect others #HardikPandya pic.twitter.com/CWPXZAcAyG

Can’t believe Hardik Pandya just insulted senior player and an Indian legend Mohd. Shami for not taking the risky catch and preferred to save the boundary. Hardik’s temper tantrums during tight situations have been outright cringe. #GTvsSRH #IPL2022 pic.twitter.com/yAyMmFkRwS

Hardik Pandya got angry on Mohammad Shami last night. This was a harsh behavior by Hardik to someone like senior cricketer & one of the best pacers of India.#HardikPandya #Shami pic.twitter.com/AV1kEMxGXM

Can’t believe Hardik Pandya just insulted senior player and an Indian legend Mohd. Shami for not taking the risky catch and preferred to save the boundary. Hardik’s temper tantrums during tight situations have been outright cringe. #GTvsSRH #HardikPandya

Hardik Pandya abusing Shami publicly confirms both brothers like to abuse their position.

As far as the match is concerned, it was played at Dr. DY Patil Sports Academy, Navi Mumbai, and SRH chose to bowl first after winning the toss. Batting first, GT managed to put up a fighting total of 162/7 on the score board which was achieved by SRH with 5 balls remaining in its innings.

What is your take on this incident? Do you also think that Hardik Pandya doesn’t have the qualities of a captain? Let us know your views.

From A Model To A Wildlife Photographer, Here’s What Kids Of Famous Cricketers Are Doing
“14 Cr Ka Chuna Laga Diya,” Memers Have A Field Day As Deepak Chahar Reportedly Rules Out Of IPL