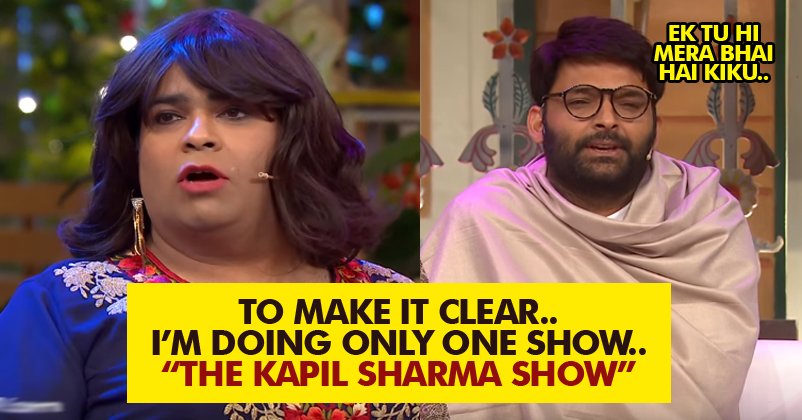 As you must have read in some websites that Sunil Grover And Kiku Sharda have joined hands for a new ‘SHOW’ after quitting The Kapil Sharma Show. This is what the media and leading websites are reporting.

Well, these headlines and the fake stories of comedians quitting the show is enough of what we had already. The misleading headlines are annoying and we shared our concern over it in our last article only. Check out some of the misleading reports about the new show in the screen shot below: Now Kiku Sharda has said the same thing. Even he feels that media are reporting the news in a very misleading way. He exclusively spoke to Pinkvilla on the same and said,

“Firstly what does balancing both the shows mean?! Like what are these ‘both the shows’?! The one that I am going to do with Sunil is a one off thing just for a day unlike a series of episodes. It was planned three months in advance. It absolutely has got nothing to do nothing with the controversy stating both Sunil and Kapil. Three months ago we agreed to do a show in Delhi with these two characters. So there is nothing as such, there is no connection with my one off with Sunil and the controversy. It’s sad to know people are thinking this way. To make it clear, the one with Sunil is a one off thing and I am doing only one show, The Kapil Sharma Show.” Finally, we know that Kiku Sharda is still doing The Kapil Sharma Show and the stage show is just a few hours affair.

Trailer Of “Laali Ki Shaadi Mein Laaddoo Deewana” Is A Roller Coaster Ride!
Sunil Grover’s New Twitter Post Reveals That He Might Not Continue In The Kapil Sharma Show