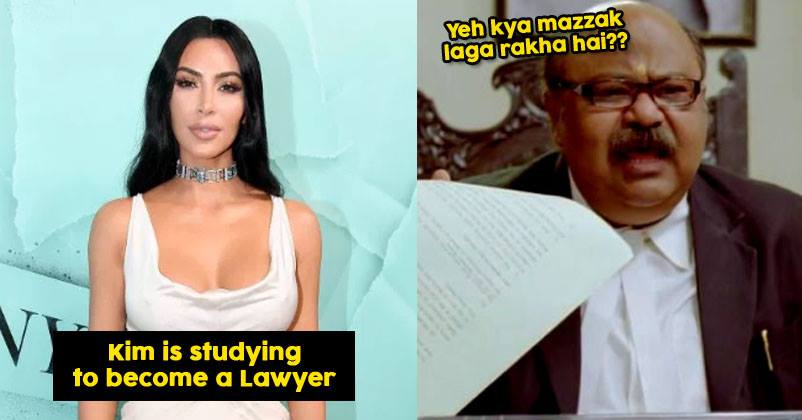 The Keeping Up With The Kardashian star and makeup tycoon Kim Kardashian West is the cover star of Vogue’s May edition. In a recent interview with Vogue, the reality tv star revealed: “She is studying to become a lawyer and she has been doing this since a year and it was kept as a secret”.

Kim wants to be a criminal justice lawyer and she decided last summer to begin a four-year apprenticeship with a law firm in San Fransico, California, with the aim of taking the bar in 2022. She is working with Van Jones author and commentator of CNN and attorney Jessica Jackson cofounder of #cut50 a national baptism advocacy group on criminal justice reform for months.

I’ve dreamed of this moment for so long, many said it would never come. Words cannot begin to express how much of an honor it is to have my first solo US cover of @VogueMagazine. pic.twitter.com/gwiXrdQY3k

In the interview, she also revealed “I had to think long and hard about this. It’s never one person who gets things done, it’s always a collective of people, and I’ve always known my role, but I just felt like I wanted to be able to stand for people who have paid their dues to the society.”

She also added, “I just felt like the system could be so different and I wanted to fight to fix it, and if I knew more, I could do more.”

Several people are left wondering, how can she become a lawyer when she didn’t even go to college. Well, let’s educate ourselves in California it is a legal way to become a lawyer without even attending law school.

This news didn’t go well with the haters of Kim Kardashian and the netizens, it didn’t receive a good response from the internet.

the article talks about how she’s going to law school to become a lawyer — yet THIS is the pic chosen. I just .. pic.twitter.com/dOstR9HKPV

The judge when you walk into the courtroom with Kim Kardashian as your lawyer pic.twitter.com/0E3lqxE4Gu

THIS IS THE QUOTE OF THE CENTURY. @KimKardashian to @voguemagazine on why she wants to be a lawyer. pic.twitter.com/oFi9FBcyje

So lawyers don’t need to go to school? And saying the “bar is expensive” so is law school? So I’m kind of confused why all lawyers I know went through YEARS of school and hard work to hone their craft and she just gets to do an apprenticeship?

How is it possible to get accepted into an apprenticeship program/law school alternative without a college degree? Devil works hard but Aunt Becky works harder.

This is why we don't take her seriously. A criminal justice lawyer? Why make a mockery of the hard work, diligence, respectability and INTELLIGENCE it takes to be a lawyer? You can have ambition, but not too much. Please stay in your lane.