The talent reality show India’s Got Talent is back on the television and fans of Malaika Arora and Karan Johar will certainly miss them on the show as they have been replaced by Shilpa Shetty, Badshah and Manoj Muntashir. The veteran actress-politician Kirron Kher who has been judging India’s Got Talent since the first season is still on the show as the judge and in the first episode of the show, she will be seen scolding the first time judges by calling them badly behaved.

Shilpa Shetty, Badshah and Manoj Muntashir were pretty happy seeing their names written in large letters above the stage and started shouting in excitement because of which Kirron Kher called all of the badly behaved. When Shilpa Shetty said that it is their first day on the show, Kirron said that none of the previous judges did that. Badshah stated that he has never done anything to take his name so high as it has been taken over here. 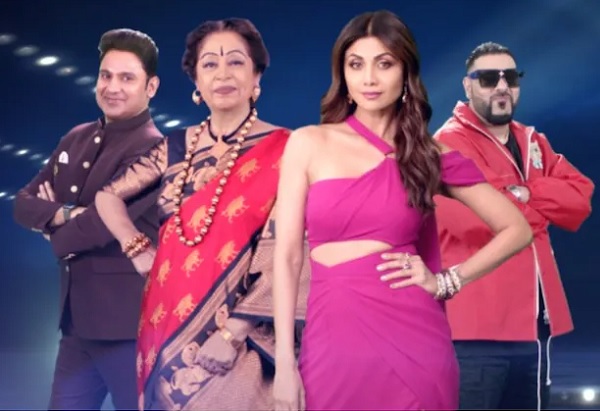 Talking about India’s Got Talent, Kirron Kher who has been associated with the show since its first season and is still judging it in its ninth season stated that the show is very close to her heart and it is just like coming back home for her. She added that every year, IGT has encouraged and showcased some really wonderful talents from the country and she is left in awe as the quality of the talent is getting better with each passing year.

Kirron Kher said that she is really proud of being a part of the show which has been offering a platform to the raw talent and helping people in making their dreams come true.

We also offer our best wishes to the contestants of India’s Got Talent Season 9.