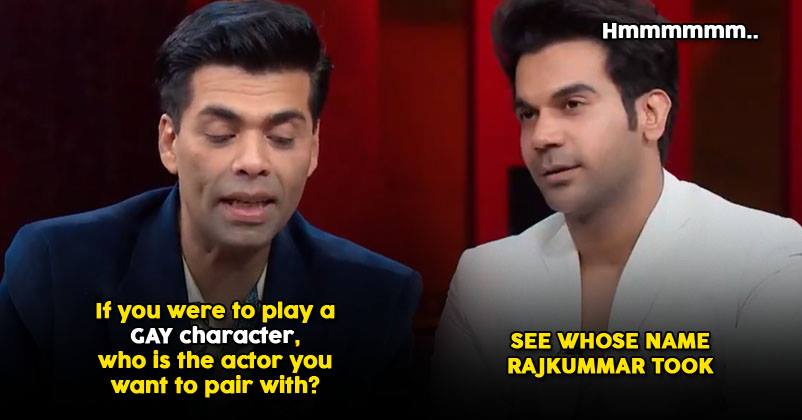 Many controversies take birth in Karan Johar’s talk show Koffee With Karan but KJo is hardly concerned with it as he has always maintained that his talk show is all about being frank and unapologetic. The episode in which cricketers Hardik Pandya and KL Rahul appeared will be remembered for the s*xiest remarks made by the cricketers, especially by Pandya, because of which both the players were called back from the Australia tour.

Recently, Abhishek Bachchan and Shweta Bachchan attended the show and very soon, you will watch the very talented Rajkummar Rao and beautiful Bhumi Pednekar having fun with Karan Johar in the upcoming episode. However, it appears that Bhumi will be overshadowed by Karan Johar and Rajkummar Rao as both of them seem to have great time together while getting engaged in some friendly and funny chit-chat. 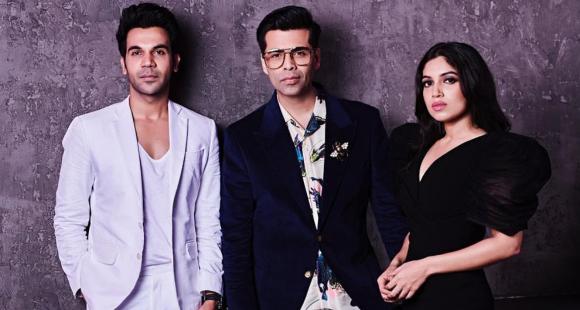 Things become more interesting when Karan Johar asks Rajkummar Rao as to with which actor he will like to work if he has to play a gay character. In response, Rajkummar asked KJo that he hasn’t done anything after “Bombay Velvet”. Karan Johar got the hint in a crystal clear manner and he rephrased his question by asking the “Stree” actor to name a successful actor.

Here is the video of funny conversation that took place between Karan and Rajkummar:

Rajkummar had a great 2018 as “Stree” crossed the 100 crore mark and his other movies also did pretty well. In 2019, he will be seen with Sonam Kapoor in “Ek Ladki Ko Dekha Toh Aisa Laga” and with the Queen of Bollywood Kangana Ranaut in “Mental Hai Kya”.

How did you find Rajkummar’s answer to the question of KJo? Witty and humorous, isn’t it?

These Leaked Photos Of Costumes Of Thor, Hulk & Thanos In “Avengers: Endgame” Will Excite Fans
Dhoni Gets Trolled For Posing In Ripped Jeans, People Are Calling It A Fashion Disaster