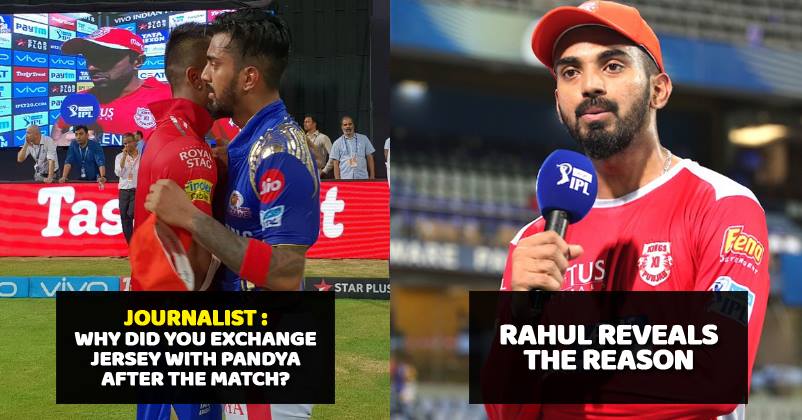 IPL 2018 has been pretty average for KXIP Team. Even the stunning batting of KL Rahul has not been able to provide the much-needed victories to the team.

We told you how KL Rahul scored 94 runs in 60 balls in the last match against MI. However, the team still lagged by 3 runs and eventually lost the match.

Post the match, KL Rahul was seen throwing his award towards a fan but one more incident happened that grabbed many eyeballs.

KL Rahul and Hardik Pandya were seen exchanging their jerseys which is never seen before in Cricket.

Hardik and I want to bring jersey-swap ritual to cricket: KL Rahul https://t.co/yZ4FqwLqyt

Talking about it, KL Rahul said-

“We’ve seen this happening a lot in football. Hardik and me are good friends and I felt like it would be nice to collect some jerseys and to bring that tradition in cricket as well. We didn’t speak about this earlier. As we were talking now he said ‘give me your jersey’ and he wanted my jersey so we exchanged it.” 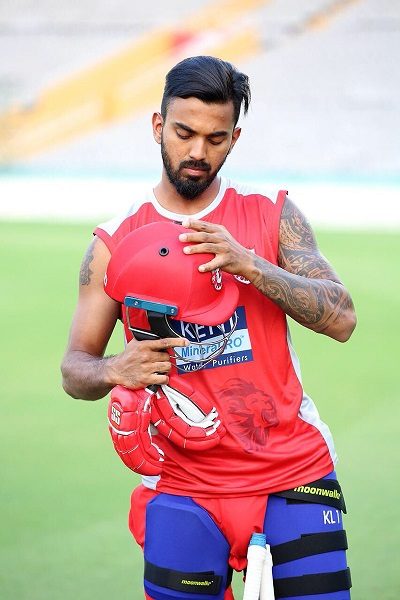 Talking about the beautiful competition, he said-

“That’s the beauty of the IPL. We play really hard, we play aggressive cricket and we all want to win the game. Even though we play 300 days of cricket together but these two months when we play IPL there’s no friendship once we step on the field. I want to take him down and he wants to take my wicket. That’s how the IPL is it’s just between me and him, all the 8 teams we compete very hard and that has what made this the biggest tournament in the world.”

Isn’t that amazing? We are pleased to see this amazing display of friendship at an IPL match.

KL Rahul Did This With His Man Of The Match Award. No One Else Will Do This
Leave Superman Or Spiderman, Watch ABMan Taking The Catch Of IPL In Today’s Match