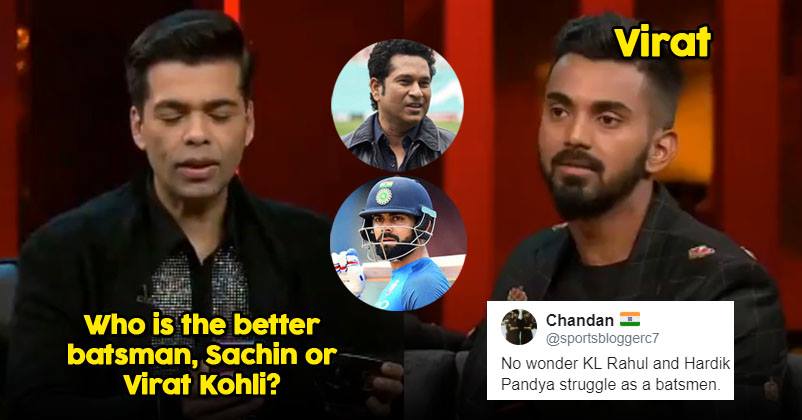 The previous episode of Koffee With Karan, which featured KL Rahul and Hardik Pandya, was one of the most controversial ones this seasons. 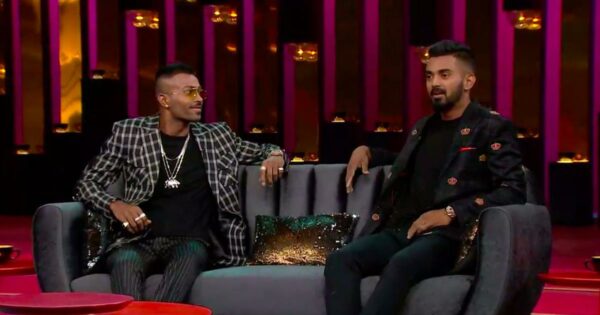 That’s mostly because of some of Hardik’s comments which have offended hundreds of Indians. Apart from his racist and misogynistic comments, a lot of people were offended by the fact that both Hardik and Rahul consider Virat to be a better batsman than Sachin Tendulkar.

This statement that the two made during the rapid fire round has hurt numerous sentiments across the country, and people were quick to come up with funny memes and jokes. Check them out below:

Karan Johar: Who is the better batsman, Sachin or Virat Kohli?

Karan Johar: Nice overacting skills guys, very soon I will launch you too in my movie 'Cricketer of the year'.

When hardik pandya said Virat is better than Sachin*

No wonder KL Rahul and Hardik Pandya struggle as a batsmen. pic.twitter.com/QhpedekLYV

#KoffeeWithKaran
After seeing kl and hardik choose virat over sachin.
Me : pic.twitter.com/Kcsy9piUrh

Rahul & pandya : Virat is a better batsman than sachin.

Hardik Pandya: I'm sorry about my comments on #KoffeeWithKaran

"It's ok Pandya, by the way who is your favourite politician?"
Pandya : Arvind Kejriwal

Do you have anything to add to this?

Deepika Padukone Finally Reveals The Kind Of Films She Wants To Do After Marriage.
Video Of Aussie Kid Copying Jasprit Bumrah’s Bowling Action Goes Viral, Even Bumrah Tweeted It