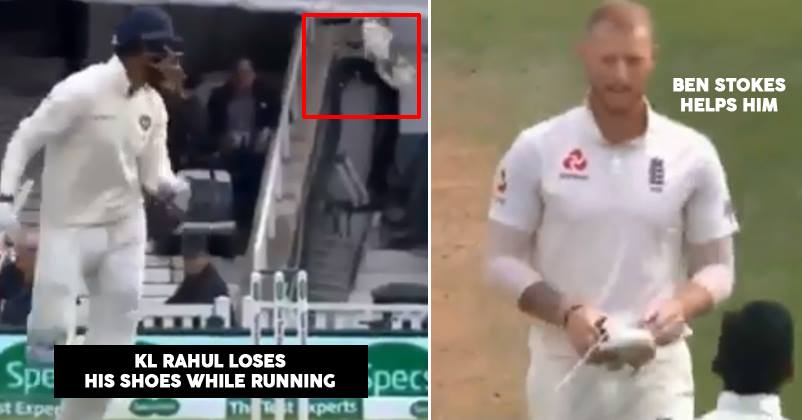 The India–England test series is near to its end as both the teams are battling it out in the fifth test match which is being played at The Oval in London.

England has already won the series by 3-1 and they will be looking to increase it by 4-1 while India will be fighting for respect by ending the series on a winning note.

The England team scored 332 runs in their first innings with the help of 89 runs of Jos Butler while Ravindra Jadeja took the highest number of wickets for India. Jadeja took 4 wickets for 79 runs while Ishant Sharma and Jasprit Bumrah also took 3 wickets each.

The Indian first innings didn’t open well as Shikhar Dhawan got out in the second over. Ben Stokes was brought in attack in the sixth over and something funny was witnessed in this over.

Ben bowled a short delivery to KL Rahul who tried to place the ball on the leg side but while starting the run, his shoe began to come out of his foot and then it flew in air and landed on the danger area of the pitch. Ben helped Rahul by picking up the shoe and gave him after loosening the strings.