The two new IPL teams Lucknow Super Giants and Gujarat Titans contested against each other in their first IPL match and while Hardik Pandya must be on cloud nine as his team won the match, KL Rahul needs to analyze and learn from his mistakes as his captaincy seems to be a matter of concern to Lucknow fans. 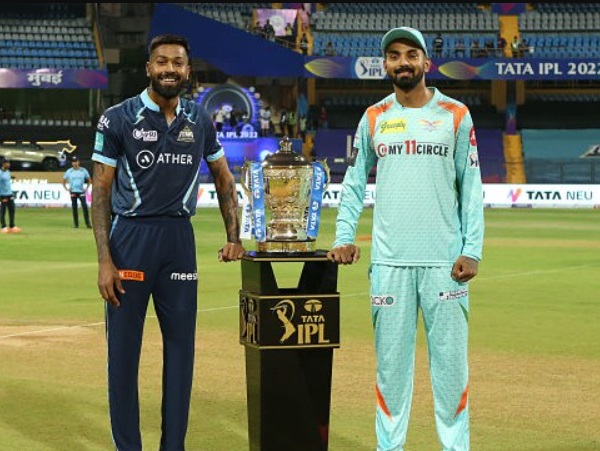 The match was played on March 28 at Mumbai’s Wankhede stadium, the toss was won by Gujarat Titans and Lucknow Super Giants was told to bat first. The GT pacer Mohammed Shami was literally on fire as he dismissed the LSG skipper KL Rahul for a golden duck and then he also sent Quinton de Kock (7) and Manish Pandey (5) back to the dug-out quite early. There was a time when LSG had lost its four top-order batsmen at the score of 29 runs and it appeared as if the new IPL team would not be able to cross the three digit mark in its first match.

However, the two young cricketers Deepak Hooda (55 runs, 41 balls, 6 fours & 2 sixes) and Ayush Badoni (54 runs, 41 balls, 4 fours & 3 sixes) not only stabilized the innings but also ensured that their team reached a respectable total. Krunal Pandya also played a useful knock of 21 runs not out and helped his team in putting up 158/6 on the board.

Though Shubman Gill got out for a duck, Matthew Wade (30), Hardik Pandya (33) and David Miller (30) helped their team in cruising towards the target but the highlight of the GT innings was Rahul Tewatia’s knock of 40 runs not out (24 balls, 5 fours & 2 sixes). GT achieved the target with 5 wickets in hand and 2 balls remaining in its innings. Mohammed Shami was adjudged as the Player of the Match for his superb performance. 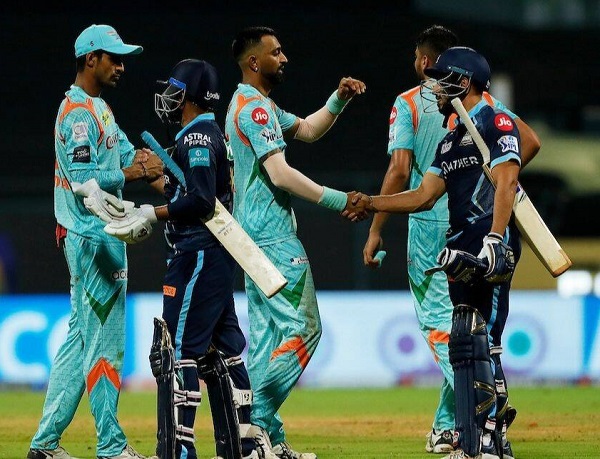 It won’t be wrong to say that LSG made a brilliant comeback in the game but KL Rahul’s captaincy came under fire for the manner in which he used his bowlers, especially towards the climax of the game.

KL Rahul further attracted the ire of cricket fans when he made a tweet in which he stated, “This one felt like a win because of the way we fought. Proud”

This one felt like a win because of the way we fought.

Soon the micro-blogging site was flooded with reactions and here are some of the selected ones:

If bcci is looking future captain in KL, rishabh fir toh ho gya
Shreyas should be the next captain after Rohit

You need to attend Captaincy -101 workshop

The one over you saved of Chameera where are you planning to invest ..in Mutual Funds?

And what about the feeling of getting 2 points ?

More such wins on the way 👍

ALMOST dont count
With Rahul as captain it will be always ALMOST'@LucknowIPL has a very good team (2nd best after DC), but it will nt qualify for playoff, because of this ALMOST Captain. Screenshot this

Ur not made for captaincy bro
Sorry,but even Pant is a better captain than you

What do you think of KL Rahul’s tweet and reaction of fans? Let us know your opinion.