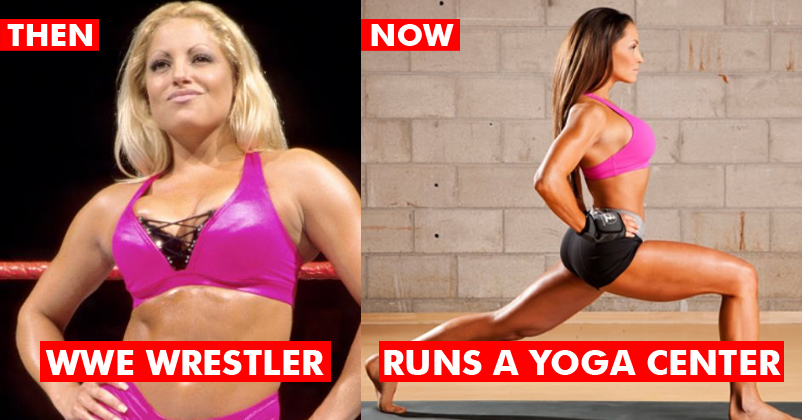 WWE is the biggest name in the domain of wrestling; a huge entertainment industry dealing primarily in professional wrestling. Many of us have grown up watching professional wrestling, and as a kid we even tried doing the moves of the famous wrestlers on our friends and siblings in the backyard or on the bed. However, now WWE is not just limited to wrestling. They make movies, they have their merchandises, video games and music. The history of World Wrestling Entertainment’s is very colorful, it is made up so many memorable moments. WWE has been through many evolutionary stages, that to have a better understanding of the business, the wrestling fans and community have classified it into eras. Earlier in the 80’s the WWE programming was family friendly. The company’s face was Hulk Hogan who took wrestling to the global heights and made it popular. The most profitable and entertaining era in the history of WWE is “The Attitude era”. At this time, WWE was struggling against WCW in the Monday Night Wars. The faces of the company at this time were Stone Cold Steve Austin and The Rock. Today the face of the WWE is John Cena. No matter what era it was, there have always been superstars and wrestlers who entertained us, gave us everything they had, just to earn our respect. These were larger than life characters and legendary wrestlers who graced the ring by their presence. But where are those wrestlers today? Have you ever wondered about what happened to your favorite WWE superstar from the past?

So let’s take a look at 8 WWE Wrestlers: Where Are They Now?

1. Hulk Hogan was the face of the company in the golden era and he made the WWE mainstream popular. There have been many popular WWE superstars who carried the company on their shoulders like Stone Cold, The Rock, John Cena, but none could measure up to Hogan’s popularity in his prime. He hosted many Wrestlemanias and helped WCW in beating WWE in the ratings. In 2015, when an old audio conversation of his went public in which he made an anti-black rant, WWE terminated him. Hogan owns a beachfront restaurant called “Hogan’s Beach”. 2. Tito Santana retired from the wrestling, although he makes part-time appearances at the independent circuits. He taught wrestling to the aspiring wrestlers at New Jersey-based Independent Wrestling Federation. But that’s not all; he has taken his teaching skills to a whole different level and now, he teaches Spanish and also works as a basketball coach at a high school. 3. Trish started her career as a fitness model, but then took up wrestling. She revolutionized the women’s wrestling in WWE. After retiring from her in-ring career, she moved to Canada where she opened her own yoga studio named Stratusphere. The yoga studio won an award for best new business and it also became ‘Canada’s Largest Eco-Friendly Yoga Studio’. 4. Kamala doesn’t have the happy career after retiring from WWE. He made some sporadic appearances in various wrestling promotions. He was diagnosed with diabetes in 1992, but he didn’t follow his doctor’s advice of dialysis and this resulted in complications which ultimately resulted in his left leg being amputated below the knee. His right leg was also amputated in 2012 and now, he relies on disability check and sells handmade wooden chairs to earn his keep. 5. Like Trish Stratus, DDP also became a yoga instructor after retiring from the in-ring competition. After he ruptured his L4/L5 discs in 1998, he discovered the health benefits of yoga which helped in his healing. Diamond opened his own yoga studio and has written many books on yoga. 6. CM Punk became incredibly popular after his Pipebomb promo; he became the face of the company. But the controversial superstar walked out on WWE shortly after the 2014 Royal Rumble. In a podcast he explained that he wasn’t happy with the creative directions; he was worn out and the wrestling lifestyle had become toxic for him. After retiring from wrestling. he married the wrestler AJ Lee and he is also writing comic books for Marvel. He also realized his dream of becoming a UFC fighter. Although his UFC debut was a disaster. 7. He was WWE Universe’s favorite redneck. After graduating the high school, he decided to become a wrestler. After being released from the WWE, he wrestled in various independent promotions. Today, he helps the people to celebrate in a unique style with his unique Redneck business venture — Jimmy’s Redneck Party Bus. A party celebration on four wheels. 8. Hyson gained fame as “Little” Spike Dudley, as a part of the Dudley family. He was known for taking some really brave bumps in the ring. Before making a career in wrestling, he was a third grade teacher in a school. After retiring from wrestling, he now works as a financial planner.