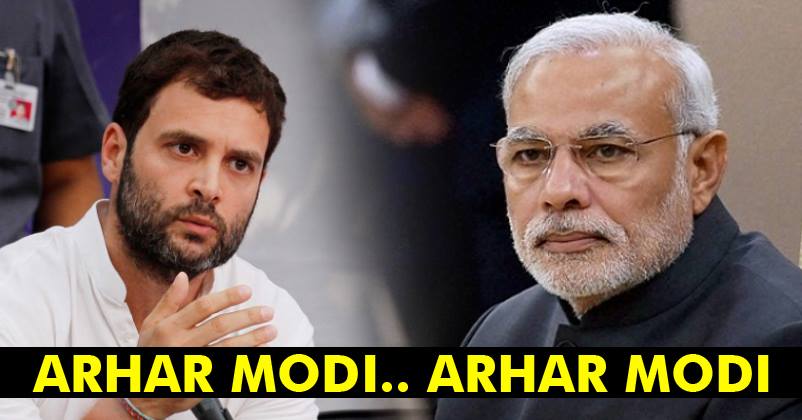 If rising inflation was not enough for Modi Government, the opposition has come up with more trouble for him. Leading the pack is none other than Rahul Gandhi who has raised the issue of rising pulse prices in a strong manner.

Narendra Modi would have little realized this a year ago, but slowly the slogan Arhar Modi has become somewhat real. This after Rahul Gandhi raised this issue in Lok Sabha only to be countered by Finance Minister Arun Jaitely. When people heard the slogan ‘Arhar Modi’ they thought it is politics and made fun and trolled him, but actually it is a joke on them since this matter is really a serious one and is impacting their personal life. In his defense, the Finance Minister pointed that high inflation was a legacy of Congress Government and they had taken several steps to contain rising prices. Congress had a breather in strong defense by P Chidambaram who said that the Finance Minister had put wrong facts before the house.

Interestingly, the figures put forth by P Chidambaram were found to be correct and proved indeed that NDA had failed on the front of containing prices. It is a fact that Rahul Gandhi has fumbled numerous times and was not able to rise to the occasion. But on “Arhar Modi” jibe, he has embarrassed BJP, much to the cheers of his ailing party. The wholesale price of Arhar was Rs 3,600 per quintal in Delhi’s Najafgarh Mandi on June 28,2014. The prices have doubled to Rs 7200 per quintal on 30th June 2016. The retail price in contrast has risen to Rs 175/kg today as compared to Rs 70/kg in June 2014.

It is not only Arhar but other pulses as Chana, Moong and Urad which have been hit by the rising prices. Modi Government has been fast to blame failing monsoons and wrong policies of previous Government for the rising prices. Though these factors have contributed to rise in prices but it is equally true that the present Government has failed to break the nexus of traders and hoarders who create artificial shortage of essential commodities. It is high time that Narendra Modi takes stock of the situation, else the Arhar Modi Jibe of Rahul Gandhi could spell doom for the incumbent Government.

Man Entered Big B’s House Forcibly! When Cops Arrested Him, He Revealed This Hilarious Reason
1 More Addition To Make In India! Soon Email IDs Can Be Created In Rashtra Bhasha!