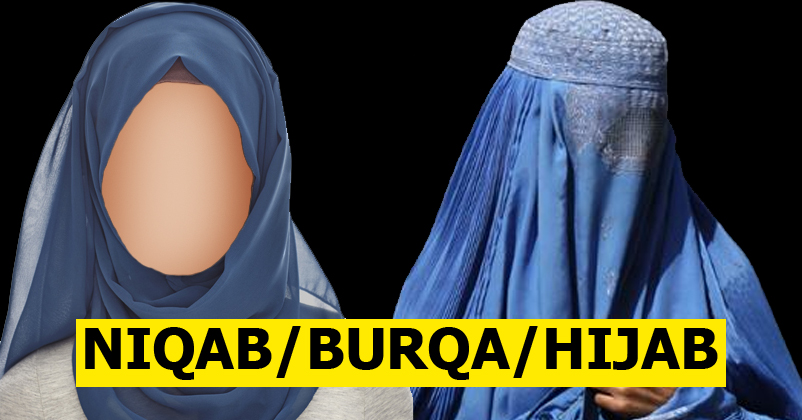 Confused between Hijab, Niqab, and Burqa? Many non-Muslims incline to have a confusion in the different terms used to describe Muslim dress code of women. Let’s dig out the difference between them Hijab is the Islamic dress code for Muslim women. It is an Arabic word literally means curtain or cover. It basically shields the whole body except the face, hands and feet. The dressing shouldn’t be very light which can reveal the body figure and the scarf should cover the chest area as well. The Niqab is a veil for the face where eyes are only seen. The Niqab is very common in Arab countries such as Saudi Arabia, Bahrain, Yemen, Kuwait, Oman, Qatar and the UAE. It is also common in Pakistan. Also spelled Burka, is the most obscuring of all Muslim veils: it is a one piece veil covering the entire face and body, leaves a mesh screen to see through. Al-Amira is a two-piece veil which contains a close fitting cap accompanying a tube-like scarf. The Shayla is basically worn in the Gulf region. It consists a rectangular scarf wrapped around the head and pinned in place at the shoulders. The Khimar is a long, cape-like veil covers the hair, neck and shoulders completely leaving the face clear. Many Iranian women wear outside of the house, Chador is a full body clock which is often accompanied by a headscarf underneath.

This IPS Officer Lashed Out At A Hindi Daily & You’ll Respect Her After Knowing The Reason
Sehwag Trolled Two Bowlers Of KKR With Just One Tweet! Trolling Level – Awesome